Your Guide to Women’s Lacrosse Defense

We understand that playing in the position of defense in lacrosse is a thankless job. Rarely will you bask in the glory of scoring an amazing goal but you know what, without defensive players, a team will never be able to win. Women Lacrosse Players are the backbone of a team and therefore, it is no wonder why they get treated with respect in the field.

Feared by the opponent’s attackers, Women Lacrosse Defensive Players have to wear many hats. It may look easy on paper but the job of a defensive player is immensely difficult. They have to anticipate the moves of the opponent’s attacking team and have to do thwart that move by forming an invincible wall of defense.

A typical woman defensive lacrosse player needs to have – field awareness, presence of mind, techniques and of course skills. Here is how you can hone your defensive skills and help your team win big in the upcoming encounter –

Now, most people tend to believe that Checking needs a lot of muscle power but nothing can be farther from the truth. You just need to move the stick up and down fast and it will do the trick. Make proper use of the wrist flick and make sure that you are not holding the stick of the opponent player down because that would invite a foul.

Checking is definitely a good tactic to thwart the attack of the opponent team but you should be in control while doing so otherwise the attacking team will get the benefit of doubts and you might have to deal with fouls.

Checking an empty lacrosse stick is probably the worst mistake that you can commit as a defender. It will instantaneously raise red flags and the referee will call it a foul. The rule of thumb is not to ‘Check’ the stick of the opponent players if the ball is not that.

Now, if multiple players go after the same ball, you need to make sure that you have not ‘Checked’ other players unless one of them has lifted up the ball from the ground. This will be termed as – Empty Stick Check Foul. In this case, the player who commits the foul will be asked by the referee to move four meters to the side.

Your defensive skills can’t be improved if you don’t work on your positioning and stance. These two are the building blocks of your future lacrosse defensive skills. Even if you play as an attacker, sometimes you will have to play the role of a defender when the opposition team puts too much pressure on your team’s defense. This is the reason why it makes sense that all lacrosse players should have some basic understanding of defensive positions and stance.

Keep your back straight while at the same time, try to bend your knees and this will help you maintain an athletic position. You wanna have your stick pointing up and between 10 and 2’O clock.

One more important thing that you should pay proper attention and that is – you need to keep your arms locked while trying to wretch the ball away from the opponent player. Failing to do so would trigger foul.

Defend Behind the Goal

The objective of a defensive lacrosse player is to help her goalie in every way possible so that she can make good saves in the game. Try to keep the attackers of the opponent team outside the holy 8-meter arc.

When the ball gets behind the goal, things get really complicated for a defensive player. You have got two options – you can either stay in front and try to block the shots of the attackers or you can go behind and try to snatch the ball away. Make sure that you are staying behind the goal line extended at any point in time.

You need to follow and cover the attacking player until she commits to one side fully and then launches a scathing attack on her to take control of the ball without committing foul. As a defender, it is your job to stop the attacker from entering the sacrilegious 8-meter arc and you can use 8-meter line as a guide. 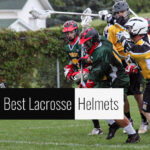 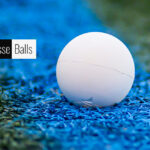