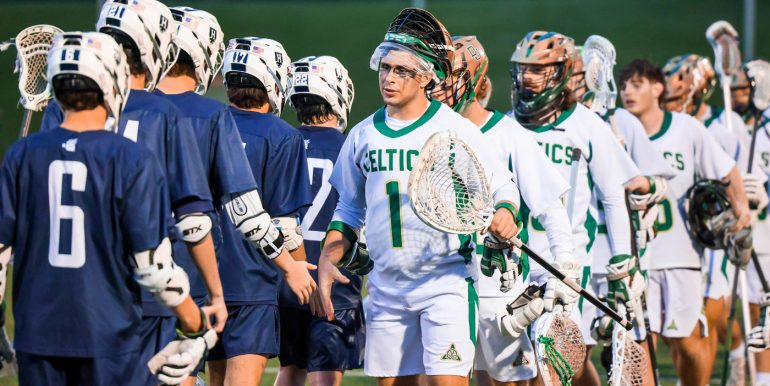 Whether you are new to coaching or are an experienced veteran, you can always benefit from having a few more lacrosse practice drills in your bag of tricks. These five lax exercises are an excellent way to help players improve in a fun atmosphere.

The art of scooping is crucial to winning lacrosse games. Every lost ground ball is one less offensive opportunity for your midfielders and attackmen.

Although proper technique is important, loose balls are usually contested. In addition to traditional line drills, you can add the box out drill to help simulate a live situation.

On the whistle, players should try to box each other out to recover the loose ball.

The second of our lacrosse practice drills is a fast way to practice a common lacrosse match-up, the three-on-two. The Scrapper Drill helps players improve ball recognition, passing and defensive communication.

Ultimate Lacrosse isn’t very different from the popular game Ultimate Frisbee. If you use it as one of your lacrosse practice drills, it will force your players to focus on passing skills and learning how to find open space on the field.

Lacrosse Keep-a-Way is a fast-paced drill that forces the offense to play at a man-disadvantage.

Once the ball is live, play continues until possession is lost. Defenders can use the man-advantage to work on double teaming.

After a turnover, the defense transitions to offense after the amount of players on each side is readjusted. Let the drill run for about 45 seconds before bringing in fresh players. In this game, the winners get to rest and the losers keep playing until they win.

The Belly Drill can be used for conditioning at the end of practice.

These are a few popular lacrosse practice drills, but it seems that every coach has their own favorites. Are there any drills you would like to share with your fellow coaches?