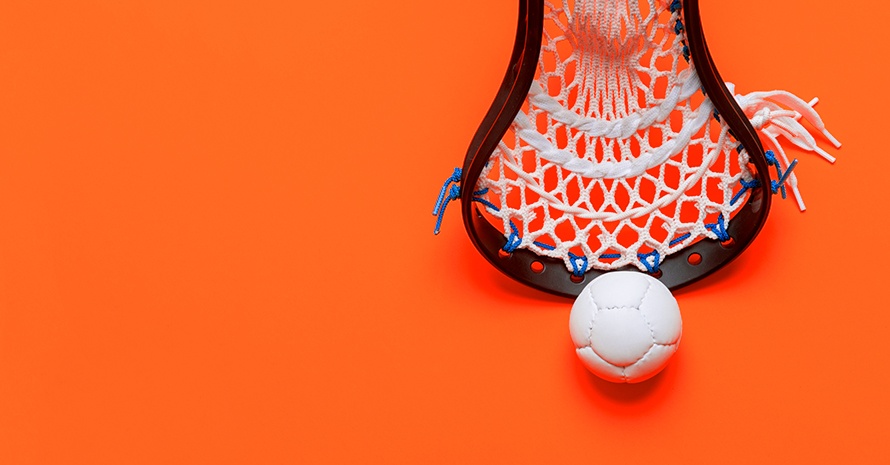 The Perfect Way to Catch A Ball Amid Mayhem

The majority of players who start playing lacrosse have difficulty catching the ball than passing it. Amazingly, the ball can fall right into the stick of the inexperienced player, and he can wind up dropping it. The new player tends to tighten his grip as the ball comes to his stick. What he should do instead is relax his grip and his top-hand arm. On pulling the grip, the stick starts behaving like a tennis racquet and the ball bounces off it. Here we will discuss the basics of catching and the move on to passing.

Contents show
1 Positioning the body for the catch
2 Give, and you will get the catch

Positioning the body for the catch

The first thing for catching the ball is to ensure that you have your body in the correct position. Face the stick handler and hold the stick in front of your body over your shoulder for a target. Refrain from grabbing the stick firmly; instead, hold the stick in a manner so that the thumb remains along the shaft. The top hand should be slightly below the handle’s midpoint, while the bottom should be at the stick’s butt end. For newbies, focus on the ball all the way to the stick’s pocket.

Give, and you will get the catch

In lacrosse, when it comes to catching, it involves the same movement. Place the stick beside your head. When the ball is approaching the stick, relax the top arm backward and then drop the stick back so that the ball gets absorbed into the stick’s pocket gradually. The stick will be behind your body when you catch the ball. You can now pass the ball to your partner easily.

In women’s lacrosse, it is best to give and catch passes at ear level to develop correct habits compared to bucket catch. In bucket catch, you drop the stick, and the ball will automatically settle in place without any special skill.

It is advised not to move hands while catching and always catch passes with two hands. Once you catch the pass, quickly swap hands – you have to move the head of the stick from one hand to another. The opposition will be confused and not know in which direction you will be moving.

Nowadays, players don’t wind up their sticks; instead, they hold the sticks beside the head for catching and shooting all in one motion. Players can get off the shot quickly and the goalie has minimum scopes of stopping the shot.