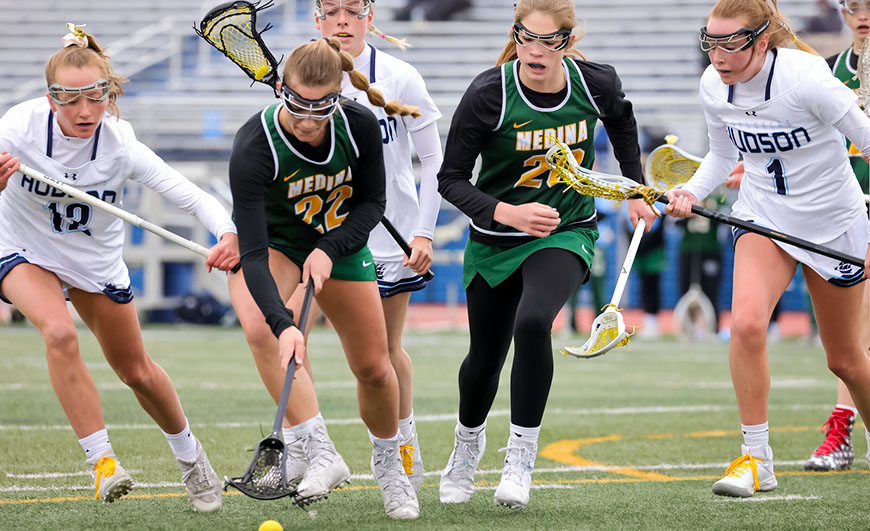 Scooping Up The Lacrosse Ball

Getting control over the ball is the key to succeeding as a lacrosse player. Whenever the ball is loose on playground, the players pounce on it much like a predator hunts the prey in sight! However, the players need to know the right ways to scoop up the ball amidst the others.

Try the below listed drills to sharpen this basic skill in lacrosse.

To become an ace lacrosse player, it is necessary to know how to switch roles. An expert player should be capable of playing in the defense and offense positions both. This has to be done fast, as per the situation. This is one drill that helps players develop this much needed skill. You will need a goal, a ball along with 3 players to practice this drill.

At first, the goalie has to be at his position. The players should be standing 39 yards away on either side. Then the ball must be thrown several yards away ahead of the players. The players who manage to get the ball has to play as an offender and the other has to don the hat of a defender. The defender will try to thwart the attacker from making a shot at the goal.

The lacrosse players should develop the mindset and acumen to grab the ball the moment it is let loose on the fields. This drill is what they need to practice. To try this, you will require a bucket full of balls.

The team practicing the drill has to be broken into pairs. The drill commences when the players stand on either side. Then, you have to toss the ball in a random direction. The moment the ball is thrown, the players rush after it.

It is necessary to observe that the players trying the drill do not make penalties in the rush to get the ball. This drill can be practiced after segregating the entire team in two parts as well. This encourages teamwork to an extent. If you are the coach, you will have to make sure that this drill is getting overhyped in the process. It should be taken lightly and the players should have fun while doing so. The players should be encouraging each other while chasing the ball. To encourage them further to improve their ball chasing skills, you need to maintain a score sheet to track which teams are snagging the balls.