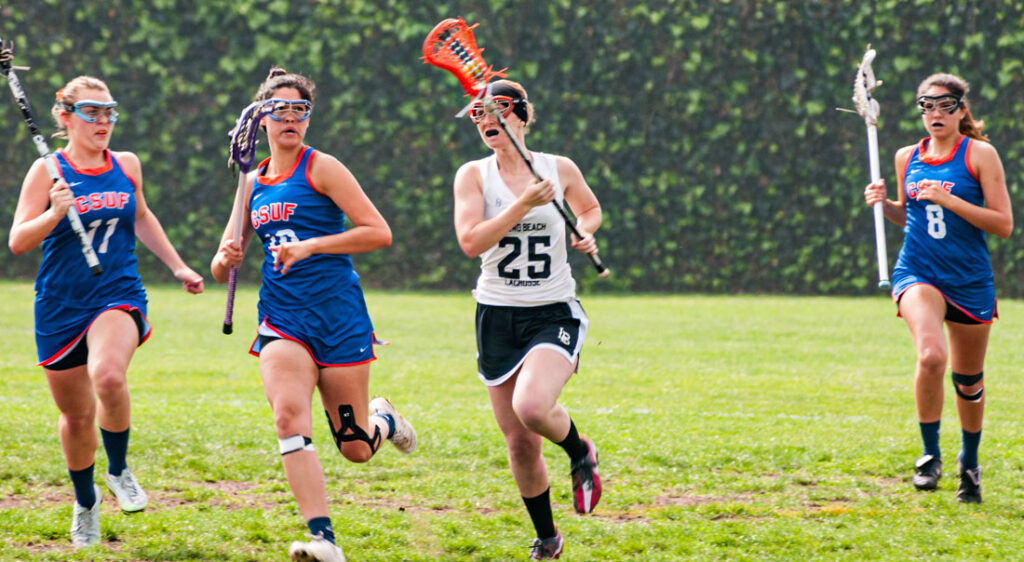 International competition in Lacrosse dates back to the back to the 19th century when a Canadian team played the Iroquois. In fact, lacrosse was contested as a full medal sport at the 1904 and 1908 Olympics. In 1904, two Canadian teams challenged a local team from St. Louis, with the Shamrock Lacrosse Team of Winnipeg winning the gold medal. The Canadian victory in 1904 was the first ever medal for the country in Olympic competition. Lacrosse was also a demonstration sport at the Olympics in 1928, 1932 and 1948.

In Canada, in 1901, Lord Minto, Governor General of Canada, donated to the CLA a silver cup to be the symbol of Lacrosse supremacy in the country. In 1910 Sir Donald Mann, chief architect of the Canadian Northern Railway, donated a solid gold cup for the senior amateur championship of Canada. Both of these trophies remain the pinnacle of success in Canadian Lacrosse. The “Mann” is the Senior A Box championship trophy and the “Minto” Cup is the Junior A Box championship trophy.

In the 1930s promoters of the game married the two most popular games, Lacrosse and Hockey, and created Indoor Lacrosse, also known as Box Lacrosse. By the mid 30’s the field game had been completely replaced by

indoor lacrosse and this version became the official sport of the Canadian Lacrosse Association.

World Championship Field Lacrosse was formally instituted in the 1960 and with one notable exception when Canada won, has been dominated by the United States ever since. The first World Indoor Championships took place in 1980 with Canada winning this non-sanctioned event. ILF sanctioned World Championship Indoor Lacrosse commenced in 2003 with the first competition held in Ontario. The seven-day tournament featured 6 nations and was won by Canada defeating the Iroquois Nationals.

Lacrosse, is a game created by the Native People of North America and, played a significant role in the community and religious life of tribes across the continent.

Lacrosse is the leading indigenous North American game now played by more than 500,000 people around the world. The origins date back hundreds of years. Lacrosse is

There are several forms of the game. Field lacrosse played outdoors on a soccer size pitch. Indoor or Box Lacrosse played in arenas is faster with more hard-hitting action. Often called “the fasted game on two feet”.

In the 1840s the first games of Lacrosse were played between the townsfolk and the Native People. The earliest European record of Lacrosse dates back to 1863, when the French missionary, Jean-de-Brébeuf wrote of seeing Native people playing a game with sticks and a ball. He called it Ala crosse because the sticks reminded him of the Bishop’s crozier or Acrosse”. In Nova Scotia, the first game took place in Pictou in the Autumn of 1877.

There are two professional lacrosse leagues in North America. The Major Lacrosse League (Field) with six teams in the United States and the National Lacrosse League (Indoor) is in its 19th season with 11 teams across North America. There are 418 NCAA college and university teams with active scholarship and lacrosse programs that play in three divisions for national championships.