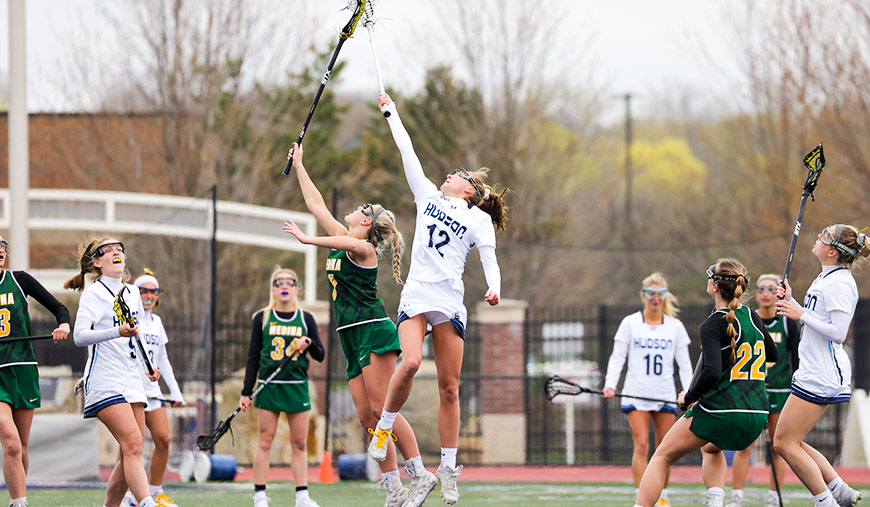 Lacrosse is a sport with some high-octane activities and there is never a dull moment! A lacrosse player has to learn the tactics to disrupt the players of the opponent team.

Here are some tried and tested one on one lacrosse drills that players should practice to sharpen their skills, especially defensive techniques. These drills have to be practiced intensely by the players to become pro:

This drill is meant for checking player skills to cope with opponent attacks and sudden moves. You will require a goalie, a lacrosse ball along with a couple of players to practice the drill.

The goalie has to be in her position. A player has to play offender while the 2nd will play defender. The offense player should be 10 yards away from the player who is goalie, showing her back. The defender is only 3 yards away from the offender. Upon your command, the offender spins and tries to take a shot bypassing the defender. The offensive player may make fake shots to distract the defender.

This is for the boys’ league where checking is allowed. This drill will come in handy for all the defenders out there who want to keep the opposing team’s attack in check. You will need a lacrosse ball, a goalie along 3 players.

It is a fun drill and fits the younger lacrosse players. They figure out ways to follow the players that they are supposed to guard. You will need a lacrosse ball and 2 players to try the drill.

At first, split the team and keep one player in every pair as offensive and defense. The offensive player has a ball and stands in the middle of the field. The defensive player is just 10 yards away. As you indicate, the offensive player starts and the defender has to chase and touch him using the stick. This drill can be practiced at intervals of one minute. This will enable many players to take part. The offensive players have to use their speed to their advantage and make fake moves too.