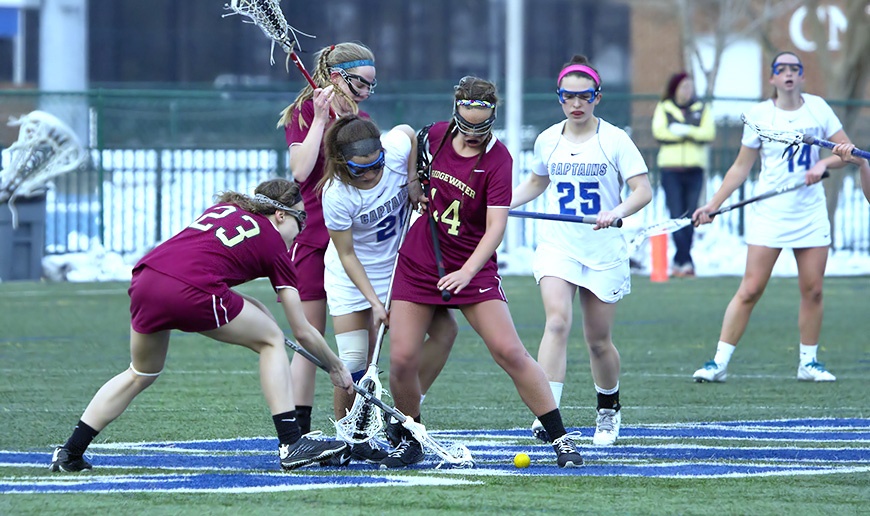 The success of a player in lacrosse depends on factors like his/her agility, stamina and stick checking skills. In fact, learning the nuances of stick checks in this game is vital for any lacrosse player. Stick checks are necessary for dislodging the ball from the sticks of rival team players with ease. It also comes in handy for disrupting the shots of an opponent player. There are basic and advanced stick checks in lacrosse that coaches recommend to the players. A player has to learn the basic checks first and after mastering these they proceed to the more advanced ones.

It involves “lifting” the hands of an opponent player using the stick so that ball drops out from his/her stick easily.

This lacrosse stick check is like “slapping” at stick of an opponent player, while running. Doing this roughly however, can lead to a penalty being imposed on the player.

This is described as a desperation check. The lacrosse player brings stick down resembling the motion of a tomahawk to dislodge the ball from the rival player’s stick.  If the stick hits the helmet of a rival player, the referee can call a penalty.

It involves “poking” the hands of a rival team player with your stick and this leads to the player dropping the ball.

Over The Head Check

This defensive stick check is deployed to strip the ball from a rival player. It involves a fake check over the head.

Using it, a lacrosse defender can dislodge the ball from a rival player’s stick who is attempting to guard his stick using the body.

This is a variation of One Hand Wrap Check involving both the hands.

It involves using your stick’s butt end to dislodge the ball from stick of an opponent team player.

This high-risk check is meant for lacrosse defenders.

It is a type of one-handed lacrosse stick check. 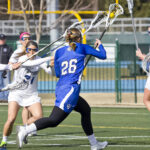 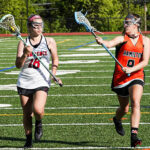