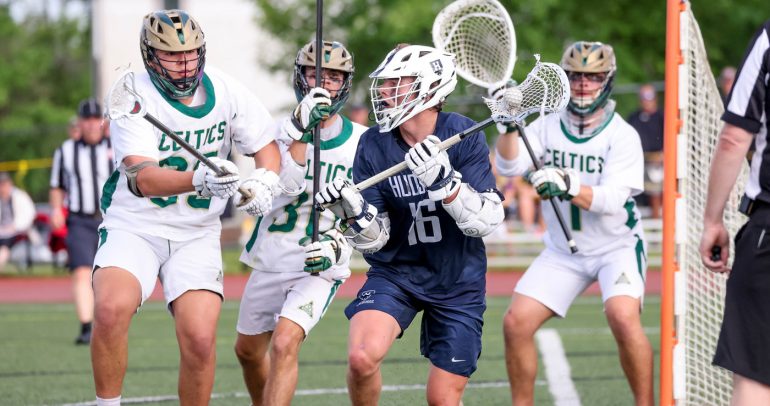 Goal scoring isn’t always about power. The art of deception is equally important. Most players use lacrosse fakes that give them an extra second or two to dodge past a defender or fire a shot at the goal. Many of these deadly fakes begin with a few basic movements you can easily learn to master.

How to Fake-out your Opponent

The Hitch freezes a lacrosse defense in the same way a pump fake does in basketball. This simulated shooting movement can throw off even the most veteran defenders.

After completing the fake, step around your defenseman and shoot, or run towards the cage.

The wrist fake is one of the simplest and most effective of all lacrosse fakes. With a quick twist of the wrist, you can trick your defenders into thinking a shot is coming.

It is better not to do big, elaborate fakes, because will take you too long to reset. In that time, goalies and defenders can reset too.

The top Major League Lacrosse goal scorers are masters of misdirection. With a few quick movements, they can put even the best defensemen on their heels.

The most common way to fool a goalie is to fake in one direction and shoot in the other. If you sell your fake well enough, the goalie may make the mistake of committing their body or stick to the wrong direction.