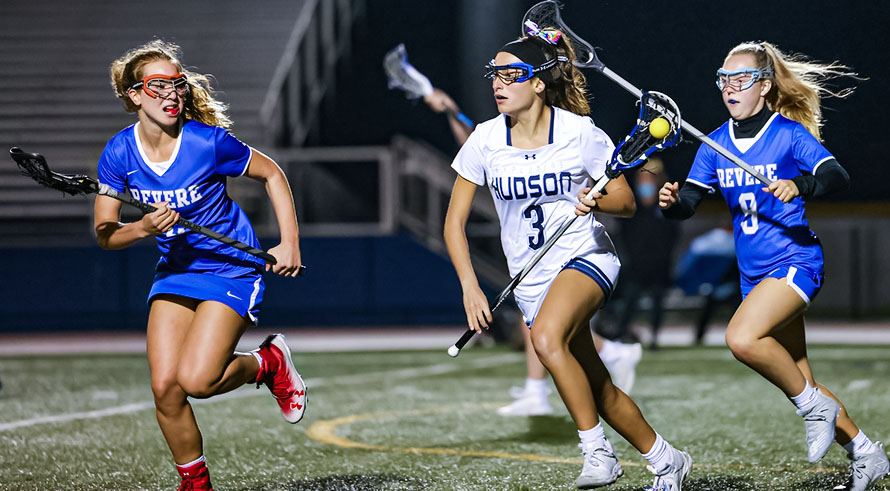 Lacrosse Coaching: Do You Practice What You Play?

Do you ever find yourself in a situation where you know what you should do but don’t do it? This is a common occurrence in lacrosse, especially when coaching. Many coaches know the right plays and strategies to use during a game, but they don’t always practice them themselves. Coaching is all about setting an example for your players – if you want them to hustle and give their best effort, then you have to be the first one to do that. Lacrosse coaching can be tough, but it’s definitely worth it when you see your players improving on the field. Keep practicing what you play and see your team reach its potential!

Every lacrosse coach has been frustrated at one point or another during a game while watching his team in the offensive end. In this specific scenario, one player has the ball and five others are doing their best imitation of a 200-year-old statue standing in the park. They are standing and watching, albeit occasionally with great interest, but standing nonetheless. And coaches get frustrated. And coaches will then begin yelling at their kids. Now both coaches and kids are frustrated.

Yet when we practice, we often spend way too many 5-10 minute segments with six kids standing around on offense, six standing around on defense, and another 10 talking amongst themselves on the sidelines. All while you the coach are explaining the details of the complicated offensive play that they have yet to run successfully in a game. Frankly, you have probably been coaching for three years and have never had a team that ran that play successfully.

Yet the on-field lectures continue, and the more they seem not to be paying attention, the more we yell and continue to lecture. From the many NCAA coaching legends we have interviewed, the answer is clearly not more lectures on the field. If you have ever found yourself dragging one player by the corner of his jersey to the spot you want him to go on the field or had to yell repeatedly for players to pay attention to your on field lectures, it is probably time for a change.

All of us have found ourselves in situations where we are behind in a game or have just a few seconds to get off a shot at the end of a quarter or half. Why is it that when the score is in our favor the clock drags forever, yet when we are behind, the clock seems to race with a mind of its own?

In our podcasts with all of the great coaches, there has been a new practice phenomenon that we encountered over and over again. There are more drills in each practice, and the drills are shorter in duration, often seven to 10 minutes maximum, thereby keeping players engaged and interested.

But the new concept with college coaches is to keep a clock on the field for each drill throughout practice. If the clock is set at seven minutes, then the drill is over in seven minutes and in many cases a horn goes off announcing the end of the drill. Then it’s on to the next drill in the practice plan immediately, and the clock for it starts counting down immediately. Players are encouraged by the coaches as the time runs down to get off 15 more shots or 20 more touches. And at all times during the drill, they are aware of the time.

Can you begin to see the genius and the benefits of this technique? So now in the course of a two-hour practice, the coaches have created a real sense of urgency more than 10 times during the practice. In addition, the kids begin to understand and appreciate exactly how long one minute or 30 seconds or 15 seconds really are during a game.

Now, not all of us practice on sports turf fields with elaborate scoreboards. Not all of us have two or three assistant coaches, let alone somebody to reset the scoreboard clock for each drill while reading a detailed practice plan. But we can carry a small clock. For me, I am old. I can’t see the numbers on a watch without glasses. So I use a small travel alarm clock with two-inch digital numbers, easy to see, even for an old guy, and hang it around my neck. We announce the time to the players, and then we call out the two minutes left mark, the one minute, and then count down for each and every drill. The kids love it; urgency is created naturally and adds an awesome element to practice.

Coaches often ask me how we teach our kids so many plays. It is funny for me, because in my mind we really do not run many plays. Actually, outside of a basic ‘Mumbo’ we do not run any set plays. Yet we work hard in all of our drills on a basic offensive philosophy.

I guess it is a basic motion philosophy, although the lacrosse definition of a motion offense varies from coach to coach. We drive, a player in the area where we are driving clears out (we run the vacating player in a C cut through the crease), and the other adjacent player fills the area where the first player initially began his drive to the cage.

This basic philosophy has served us well. It is simple. It is about just three aspects that are applicable anywhere on the offensive end and almost in any scenario. So, every passing or shooting drill we run incorporates a drive or a C cut from a player. And many drills incorporate some kind of pass back, or two passes back, to a shot. In practice drills and scrimmages, we focus on spacing, different formations, and then just the simple philosophy.

Having specific sideline plays, or 15-second left plays, or set plays from X or for out-of-bounds situations are critical and essential, but here we are discussing the other 95% of the game.

Lacrosse is such a fluid game that specific plays are difficult, and the scenarios in a match are different from game to game and even minute to minute. And at least for us, we have had a hard time communicating to our opposition they need to play in a certain way in order for our ‘play’ to be most effective.

So plays in games and practice need to be reflections of each other and consistent. Having a philosophy is much easier to teach and facilitate in games. In actuality, we do not run plays in games, we run our drills. The success comes from repetition and touches within the framework of the philosophy established and reinforced in practice.

Incorporating these three tips into your practices will help your players improve, reduce the yelling, and reduce your frustrations as well. So again, please focus on practicing the way you want your kids to play.