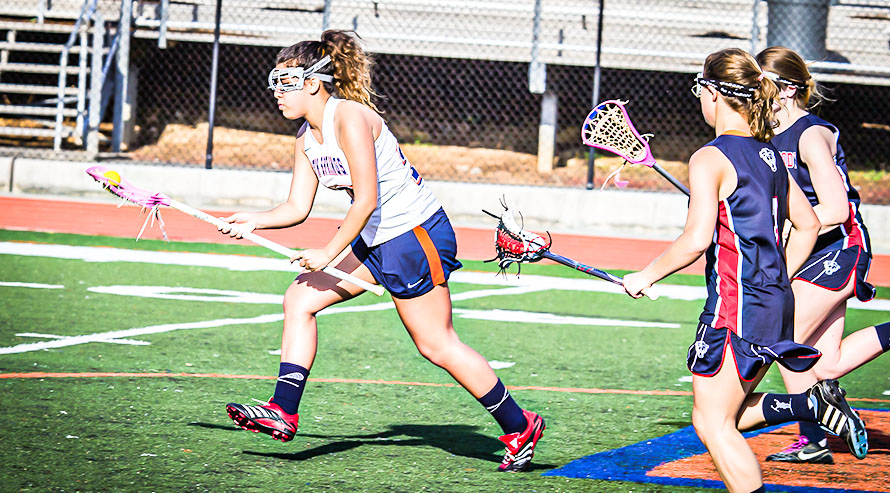 Is Your Crease Guy a Statue?

Most coaches at one time or another post a player in the crease. Maybe you are blessed to have a skilled six-foot crease attackman, or maybe you rotate your short stick middies or even your LSM in the crease for a period of time. Or perhaps you are trying to run a high or low post, or picks in the crease, or buying into deuces and two-man games, even inside. Or like me, you are amazed at how players try to catch the ball right-handed, carrying the stick on the inside, not the outside shoulder, towards the defense and goalie, only to have it easily checked away.

Regardless of the specific offense or the age group being coached, we all have experienced frustration watching what was intended to be a moving piece of the offense turn into a great impersonation of a statue.

This drill will help you and your players. We call it the Box Shooting Drill, and I adapted it from a Salisbury Shooting Drill, which has really helped in teaching kids fundamentals for not only crease play but also for improving catching fundamentals all over the field. Players think it is a fast and fun crease shooting drill, but it is really so much more. And we use it from U13 to our U19 national travel teams.

We start by placing four cones in a box outline in front of the crease (see figure on the second page). The box might vary in size from practice to practice, but the first time out we make it seven to 10 yards square. We have a line of players on the wing set to enter the box to begin the drill. Rule #1: Once in the box, the player’s feet must always be running and moving. Always means always, with no exceptions.

We also have three to four lines of feeders around in a semi-circle at the top of the restraining line. Each line of feeders has a pile of balls. We want to have no more than four feeders in any line, so if you need to go to five or six lines, it is okay. Once feeders makes a pass, they move to the next line of feeders, and then ‘on deck’ and then in the box. If your team already has pretty good skills, make the feeder lines designated right-hand pass or left-hand pass. And yes, it is okay to put a goalie in the cage. Tell the goalie ahead of time not to worry about the scores, or save the goalie idea for the second or third time you run the drill.

First, a player from the line off to the side enters the box formed by cones. The player has the option of which cone he wants to run around to catch a pass from the first line of feeders. He must circle so he catches the ball with his outside shoulder, square, and shoot. Rule #2: He must show a target, receive the pass, and shoot with the outside shoulder with his body between the ball and the cage. If he drops the pass, or the pass is errant, he does not stop but continues to pick a cone to receive the next pass from the next line of feeders.

Following his first catch or shot, without hesitation or stopping, he then picks a different cone to circle, catches a pass with his outside shoulder from the second line of feeders, squares, and shoots. Then to the next cone and so on until he has circled a cone and caught the feed and shot from a pass from each of the lines. Rule #3: The player in the box must alternate right- and left-hand outside shoulder catches via the cones they choose to run around. If they miss it, no worries. Just circle the next cone chosen, because there is another pass on the way.

As the player in the box is catching and shooting the pass from the last line of feeders, the ‘on deck’ player is already entering the box. We keep it moving very, very quickly. The key to success in this drill is rapid-fire movement.

Now you might think I am crazy, but we also put our poles in this drill. It really helps their hand-eye coordination but more importantly teaches them to step or move towards every pass. In this drill, have your poles ‘shorten’ their sticks, sliding them down in their grip to the size of a short stick.

There are so many benefits to this drill. With younger players especially, we often see a player waiting to catch a pass on a clear, only to see a riding player step in front to intercept the pass and streak to the cage in transition. That drives me crazy. Getting players to drill and make a habit of moving into and through every pass while protecting the stick will save or eliminate many turnovers.

1. Outside shoulder catches
2. Passing or feeding high and away to the outside shoulder
3. Catch and square to the cage to shoot; footwork here is key
4. Move through every catch
5. Fast and fun

For players with more advanced skills, we have the last player to go through the shot progressions in the box, then stay in the box to set picks for the next player entering the drill as a shooter. This too may look a little rough first time through, but the kids love it.

Once we run the advanced drill with a picking guy as well as the shooter, we then move two of the feeder lines behind goal line extended and work low to high and high to low. Let me know your thoughts.