How To Shoot A Lacrosse Ball

HomelacrosseHow To Shoot A Lacrosse Ball 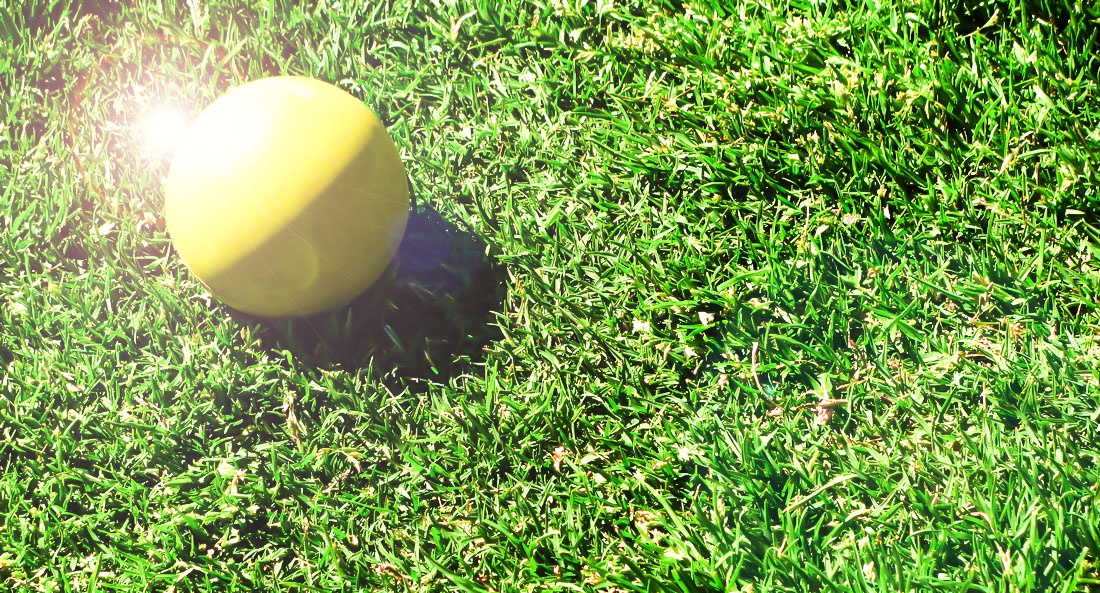 Lacrosse is the fastest growing sport in the United States, as it combines both soccer and hockey together on a grass field. For anyone who is interested in playing the game, it is a good idea to learn some of the basics.

While fielding the ball cleanly, passing and receiving the ball are all important, knowing how to shoot a lacrosse ball is just as important. Now, it is going to be up to the attacking forwards to generally shoot the ball, as they have the sticks that are designed to shoot (defenders have larger baskets that are made more for defending the ball from the other team. So, for those who are looking to play more offensive lacrosse, learning how to shoot is a vital skill they need to learn.

First, you want to position your body into the best position possible. Simply flinging the ball over your head is really not going to work very well. In fact, the majority of your power comes from how you position yourself, and the faster and harder you throw the ball, the greater your chance of scoring as the defenders and goalie of the other team have less time to react to the shot. To do this, you need to have your shoulders perpendicular to the goal. This way, you can twist while you shoot, which builds up momentum and power. There is a reason a quarterback is perpendicular to his receivers when he throws the ball and why a pitcher is perpendicular when he pitches to a batter. You are going to generate more power. If you are right-handed, you want to step with your left leg towards the goal first, or with your right leg first if you are left-handed.

Your hands are very important as well. A strong grip is going to not only improve the strength of the shot but it is also going to improve your accuracy as well. When shooting, you want to have your hands pushed slightly closer together than what you might have them if you were passing the ball. This is because you do not need to bullet the pass across, as your entire goal is to have your teammate catch the ball. Here, you don’t want anyone to catch the ball. So, if you are right-handed, you want your left hand close to the base of the lacrosse stick’s shaft. Have the right hand on top with the knuckles of both hands facing outward. You do not want your hands to touch as you would a baseball bat, but having them an inch or so apart is good spacing for this.

Make sure to look at your target, especially when first starting out. As you become more fluent in the game you will be able to just know where you are going to shoot the ball, but until then, make sure to watch and shoot. When you are ready to shoot, take a step with your opposite foot, slightly lean the stick back behind your head and flip the stick towards the open net. 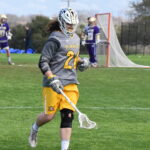 Previous Story
Lacrosse Bag Types & How to Choose One
→ 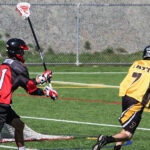 Next Story
How to Choose A Lacrosse Stick