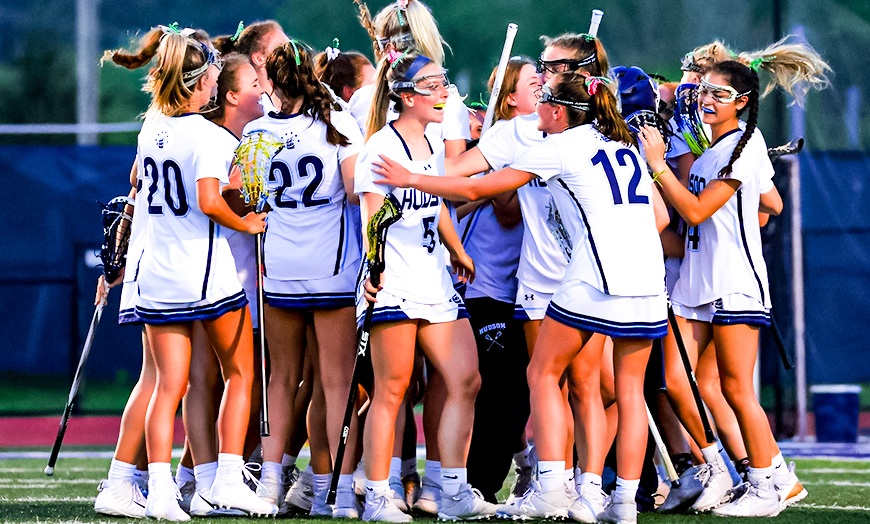 How to Practice Lacrosse At Home

It can be difficult to practice lacrosse at home without a good place to do so. You need a wide area with plenty of room, and some kind of backstop in case the ball goes too far. However, there are other ways to create your own space for practicing at home! In this blog post, we will explore how you can build your own lacrosse goal and what kinds of equipment you’ll need for practicing at home.

So, here’s what I want you to do. First, find a full lacrosse game on YouTube or ESPN+ and pick one player that you’re going to watch the whole time. Watch how they act with the ball in their hands as well as when it’s not in their possession – see if there are any patterns of behaviors which translate into successes for them during games such as cutting off other players’ paths before passing or catching balls thrown at them by teammates. Remember these observations because we will be revisiting this part later on! You may have noticed your eyes drifting from where I told you to focus; don’t worry about forgetting those details though: afterwards, take notes so that nothing is lost while refreshing your memory between each section.

Breaking down film is a great way to learn what you need to do in order to replicate the moves of your favorite players. By breaking down specific plays, we can look at why they were successful and how as well as what mistakes opponents made that allowed them this success.

When watching films it’s important not only focus on the people involved but also pay close attention if there are any errors being committed by either party which could potentially have costed them victory during said match-up such as missing tackles etc.

Now most of you might think the only way to do this is by going to the gym, but you can train at home. All that’s required is a towel or an exercise mat and your floor will become a private weight room.

The first step in training for lacrosse is strength conditioning so that’s what we’re going over today! Doing these exercises on their own may not seem like enough – after all there are plenty more complex movements involved with playing lacrosse aside from just lifting weights- because working out alone does nothing for coordination between muscles or reactions time when it comes down to game day; however, once every few weeks consider adding some resistance bands into your workouts as well (they come in many different shapes and sizes).

You have the potential to sculpt an enviable six-pack simply by training your core and ab muscles. Your abdominal region will recover quickly from workouts, so you can train this muscle group every single day if needed! And luckily for us, there are plenty of exercises that target these two areas: try performing a plank for 30 seconds before resting another 30 second interval; do five sets total with each set consisting of one minute on followed by 60 seconds off. You may also want to consider sit-ups or oblique twists as well–both great ways to tone up those abs and give yourself all sorts of satisfying results in just a matter weeks’ time!

Wall ball is a great way to hone your lacrosse skills in the backyard. It offers tons of repetitions without having someone watch and laugh at you, like on an open field where it would be hard for them not to notice how awful you are; but with this game, they’ll never know! Surprise all your friends next season by improving “secretly” in the backyard—by using a rebounder that works as both wall ball practice equipment AND target (i.e., one device does two jobs!).

Preparing a delicious and nutritious meal is an easy way to get better at lacrosse. Did you know that when your body has the right fuel, it can do all sorts of awesome things like play longer because it doesn’t get fatigued as easily?

It’s pretty cool how we have this nifty little thing called “metabolism” which helps us turn food into energy for our muscles so they don’t tire out too quickly during practice or game time! But if we eat foods with bad ingredients like lots of sugar, caffeine (which might wake up partiers but hurts athletes), processed white flour products—all kinds of stuff– then these chemicals make their way through our system and make a complete mess of our digestive system.

Improving this can make a significant impact on how well we play sports because it allows our bodies to function more effectively over time which in turn leads us into being able to sustain high level of performance when competing against other teams or individuals who have trained harder than ourselves. The best thing about addressing nutritional needs while playing lacrosse is that there are many ways one could go about doing so without having any specialized knowledge outside of what they learn from reading articles like these or following social media influencers with success stories in regards to fitness and health.

Say Not To Junk Foods

Junk food is never a good idea for your body. It’s hard on your digestive system as well as making you feel sluggish or tired afterward. You also have to worry about how much extra sugar that there might be in what we crave most often like cookies, chips, ice cream etcetera which can lead us into feeling guilty of not being able to control ourselves with something so simple yet high calorie such as sweets!

Protein has been proven time and again that it’s vital in order to build muscles while staying injury free during physical activity. Protein should come in many forms including lean sources such as skinless poultry (chicken), red meat (beef) or seafood/fish – but there are other options too which will provide nutrients without adding tons of calories onto your daily intake: low fat dairy products e.g., milk and more.

It is important to eat healthy carbs for a good diet. Avoiding the bad ones such as white bread or refined sugar will give you more energy and keep your stomach feeling better throughout the day, but there are some even healthier options! Whole wheat bread, brown rice, sweet potatoes all have great benefits that make them look like winners out of any comparison.

After a grueling lacrosse practice session, you need to cut your body some slack so that it can recover fast.

Flexible players are super important in lacrosse. Not only do they help you get better at your own game, but being flexible also helps prevent injuries! So what’s the best way to be more flexible? There isn’t just one answer for that – it all depends on how much time and effort someone is willing to put into stretching each day. Some of my favorite stretches include touching toes while sitting or standing up straight, doing a butterfly stretch with both feet together, gently rolling back onto my heels like I’m getting ready for downward dog pose when bending down from an erect position, reaching out as far as possible over and over again until I start feeling the burn after 10-15 seconds.

Drinking a gallon of water every day can be difficult if you don’t drink much or it’s too boring to enjoy. However, the benefits are worth enduring this challenge! Water is life and should not just start at 8am when your workday begins but all throughout the day and even into nighttime as well. Drink plenty for optimal performance during gym time or on-the-job hours because hydration is key in keeping organs functioning properly so they make their best contributions possible. Fill up that reusable bottle with fresh H2O from any source available (streams, lakes) before drinking an entire container each morning and gradually increase intake across the rest of your waking hours until you’ve reached 1 quart per hour by evening.

Get a Good Night Sleep

You may have heard me rave about sleep before, and if you haven’t I’ll let it be known that we need to make sure our bodies get the rest they deserve. The first step is by getting as much sleep a day at least 8 hours or more of nightly slumber.

It’s not hard to get your 8 hours of sleep a day, just find ways to transition yourself from being awake and active in the daytime – like turning off notifications on your phone at least 30 minutes before bed. Doing so will allow you energy for tomorrow!