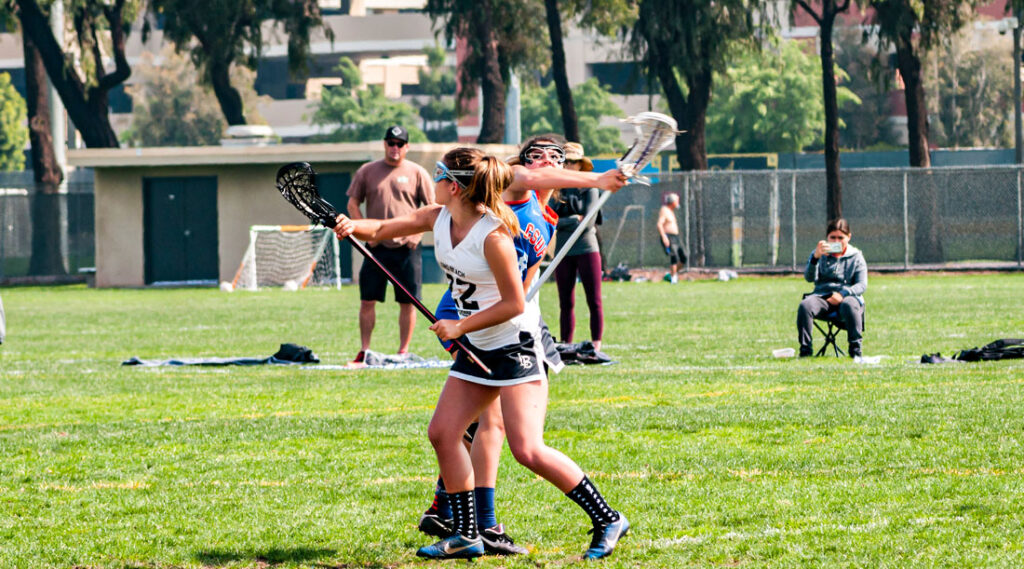 How To Play Lacrosse

Lacrosse is a very popular became in the USA and all around the world. Lacrosse is a game that requires a person to have a lot of skill when it comes to the handling of their stick. Arm movements and footwork are also very important. Lacrosse can seem like a mix of hockey, basketball, and soccer. Lacrosse is interesting, because it is one of the few sports that requires a person to be agile both with their feet, arms, and mind. They have to be able to move back-and-forth right to left and forward and backwards with their feet. They have to be able to maintain a ball in their stick and they have to be able to know when is the right time to try to throw the ball into the net.

Cradling is the most important move that one does with their arms when they are playing lacrosse. Cradling is basically an up and down motion or a vertical motion done while keeping the ball moving in the net of the stick and at the same time it keeps the ball away from the opponent. Lacrosse is a very fast-moving game, so while running a player has to me make sure that they are able to keep their ball in its original position. When cradling a ball, it is already in the net of the stick and the lacrosse player is basically cradling the ball up and down as they run. It is done from right to left. There is a two-handed cradle, a vertical cradle, and also a one-handed cradle. When it comes to lacrosse it is good for a person to try to be ambidextrous with their stick, so that they can maneuver better and keep the ball away from their opponent.

In lacrosse footwork is also something that is very important. A person has to be able to shuffle, dodge, and move very quickly. While they are doing these moves, they also have to be sure to maintain the lacrosse ball in its original position. A good way to learn how to shuffle and dodge while playing lacrosse is to set a ladder on the floor and move the feet in and out of the latter in a quick motion. The motion of going in and out are basically the main motions that are used in lacrosse, so if a person can perfect their skills quickly in a latter, then they will be able to be a more agile lacrosse player.

When it comes to throwing the lacrosse ball, after it has been cradled a person has to know how to make the right move. With the lacrosse stick a person wants to hold their dominant hand about waist length apart. The dominant hand is the hand that is used to throw the ball which is placed on top when throwing, and the non-dominant hand is the hand that is used to push the stick which is placed on bottom when throwing. Depending on the distance that the ball needs to be thrown, and if it is being passed to a partner, it is important to know how much strength to use when making that throw. Lacrosse is a game that requires a lot of energy, agility, and logic. For that reason many people around the world love to play the game.