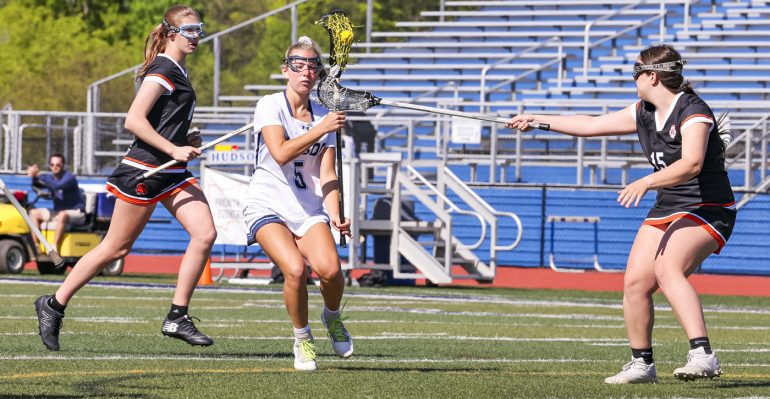 How to Choose Your Spot on the Lacrosse Field

With 10 players collaborating on both sides of the field, lacrosse is truly a team sport. Whether on offense or defense, each man plays a role. And, each position — midfield, attack, defense, goalie — requires a different skill set. If you are unsure which lacrosse positions are right for you, here’s an analysis that will help you find your spot on the field.

Just as lacrosse players come in all shapes and sizes, lacrosse positions are suited for various types of players. The demands of each position are served best by corresponding skills like speed, agility or reflexes. While young players often choose their position based on personal preference, there is a science to selecting the role they can play on the field.

Lacrosse Positions: Which One is Right for You?

Choosing the right position for you early-on is important to player development, because instruction typically focuses on developing skills tailored to each position. In practice, attackmen may shoot against a goal, while defensemen might focus on footwork. The opportunity to learn these position-specific skills early can offer any player a competitive advantage over their peers.

The most successful midfielders are the most complete players on the field. Any fan knows midfielders play offense and defense, score goals and check opponents, but do you know if you have the skills that make a good midfielder?

Because, in lacrosse ground balls win championships, speed is a midfielder requirement. Midfielders with speed can also win fast breaks and recover on defense quickly.

Midfielders are the only players allowed on both sides of the field. To cover this immense ground all game, every game, players who choose midfield are those who have endurance. If you’re the type to run long distances without huffing and puffing, midfield may be for you.

Attackmen may get all the glory in lacrosse, but to succeed they must be the most skilled players on the field.

In the fast-moving game of lacrosse, speedy attackmen are the rule. Their speed can be seen in a quick burst past a defender or a sprint towards an errant shot.

Of all the lacrosse positions, attackmen are required to have the best stick skills. From dodging in between long pole defenders to picking corners in the cage, an attackman with serious stick skills stands apart from the competition.

Gone are the days of the slow defenders. Today’s lacrosse defenders are true athletes that possess many of the same qualities as attackmen or midfielders.

Defenders, who are tasked with protecting the goal all game long, must be tough both inside and out. One defense, players must throw checks and knock opponents off the ball.

Covering speedy attackmen all game requires agility. With their backs to the goal, they must keep in-step with dodging attackmen and midfielders to prevent scoring opportunities.

Defenders with strength provide great value to their team. Sometimes in lacrosse, a battle for the ball comes down to brute strength. This is where defensemen with strength have the upper hand.

With the increasing speed of lacrosse shots, goalie’s reflexes are ever more important. The young players who choose to protect the pipes are those with quick hands and feet.

Standing in the way of speeding vulcanized rubber is not for everyone. Lacrosse goalies are a different breed for which fear is not an option.

From scoring to scooping to saving, all four lacrosse positions play their own roles in the game. Since it’s possible to switch positions at any time, take a moment to consider which position is right for you.