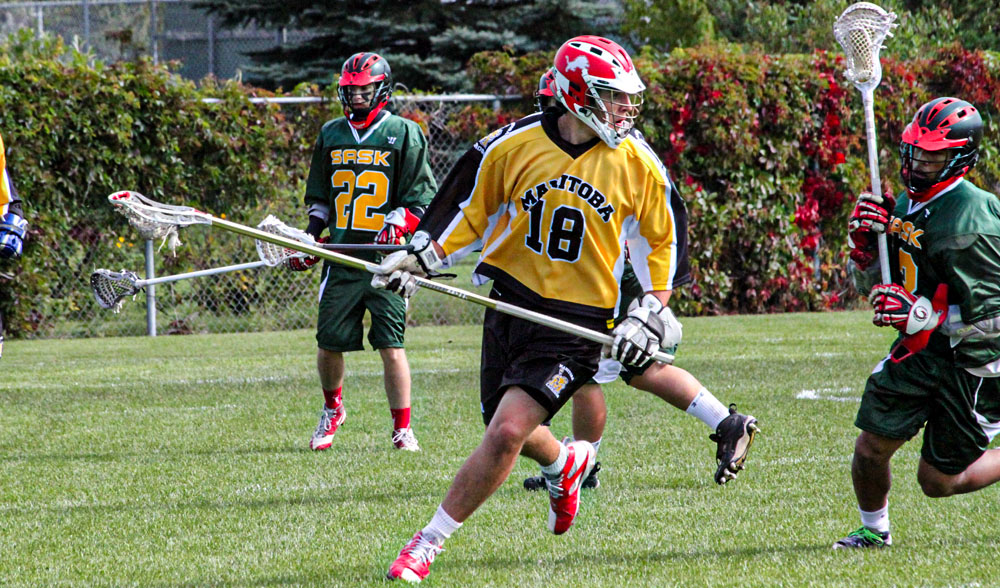 Lacrosse is gaining popularity among teens and adults as a sport in the North of America, and also in countries like Canada and France. But many of us are not aware of the fact that lacrosse draws its roots from Indigenous North American Stickball. The tribal game was played by eastern Woodlands Native Americans and also the Plain Indians.

Being the oldest team sports in America and Canada, Lacrosse was nothing like it is today. The game was modified and professionalized in The Colonial Era. Since then, lacrosse has come a long way to be one of the most well-liked sports for teens and adults alike.

In this article, we learn about the origin of lacrosse and its evolvement with time.

It is estimated that lacrosse was introduced as a recreational activity to the indigenous people of America as early as 1100 AD. Not only in America, but aboriginal Canadians were also familiar with the game and had religious and ceremonial significance.

The Canadian version of lacrosse involved a hundred to one thousand men in each team spread over several miles. The ball was tossed into the air and players from both sides would rush to catch it with sticks. Since the game involved a huge number of players, the players swarmed around the ball and kept moving it slowly. Passing the lacrosse ball was considered an advanced trick and dodging an opponent was the act of cowardice on the field.

The Native Americans and Aboriginal Canadians would play the game from dawn till dusk for days considering it to be the game to please the “Creator”. The players in the game took the role of warriors and played the game in order to bring glory to their tribe and tribesmen.

The pre-defined rules were simple. The aboriginals would make a few areas of scoring on the stickball pole. Players would set a mark about chest-high which, when hit with the ball, would fetch the team a point. Hitting the ball below this point was not considered a score.

Hitting the mark set at the top half of the pole accounted for two points and hitting the very top of the pole, adorned with the figure of sacred animals, would score the team three points. These games were played for recreation and thus, the scores were loosely kept by the team members and even the audience. Typically, a player could reach twenty points before the game concluded.

Jean de Brebeuf, the French Jesuit Missionary saw the native Huron tribe played the game and named it la crosse or “the stick”.

Lacrosse was considered as a sacred ritual. The players would embellish their bodies with charcoal and paint and decorate their sticks with various objects symbolizing good luck and the qualities desired by them in the game.

The players would also restrict themselves from eating certain meals before the game and the tribes held special dance wearing the ceremonial grabs a night before the game. A medicine man was summoned to prepare the players and perform other rituals and sacrifices that were considered mandatory to please the Creator.

Tribesmen took great delight in a bit of gambling as well. Every player has to place a wager before the game started. The wager would typically include knives, handkerchief, tinkles, and horses. The items placed as wagers would be awarded to the winners of each quarter. On conclusion of the game, the players had the ceremonial dance and had a large feast.

The early lacrosse players carved the ball out of wood. Sometimes, they also used deerskin stuffed with hair for the ball. Generally, the diameter of the ball would be three inches. It is common for natives to have sticks with no nettings.

Back then, lacrosse sticks were just a wooden piece with the end that was bent into a circle with a diameter of 4-5 inch circle. The aboriginal lacrosse players did not wear any protective equipment during the game.

European Involvement and How it Changed Lacrosse Forever

The involvement of the Europeans is considered to be the turning point in Lacrosse. The very first westerners to discover the game was French Jesuit missionaries who discovered the game in the St. Lawrence Valley. Initially, the missionaries condemned the game as it included betting. Violence and beatings in the game were another major reason for the Frenchmen to condemn the game.

Eventually, the Frenchmen were so intrigued by the game that they started taking up the game by 1740. In fact, there is a popular trivia about lacrosse in Canada. The Ojibwas captured the Fort Michilimackinac using the game of lacrosse in the year 1763. The players planned and invited the British troops to come and watch the game. As the British men enjoyed whiling away their time, the natives walked closer to the gates of the fort and broke into the fort, carrying out a massacre.

Formation of the First Lacrosse Club

Montreal Lacrosse Club, founded by William George Beers in the year 1856 was the very first lacrosse club. He modified the game to have to redesign the equipment like the stick and the ball. He also shortened the duration of the game and reduced the number of players in each team. By the mid-1860s lacrosse had become the national game of Canada.

Lacrosse hit another milestone when Queen Victoria herself witnessed the game at an exhibition and applauded the game saying that it was “pretty to watch”. At the beginner of the 1890’s, the sport was popular enough to be taken up by English schoolgirls in French and also in the United States. Today, lacrosse has earned a reputation and plethora of players are introduced to this game every year.

The summer Olympics of 1904 and 1908 featured lacrosse as a game. However, lacrosse was later dropped as an official sport. Lacrosse was recognized as a sport in the World Games after 1908.