7 Fun And Easy To Do Youth Lacrosse Drills!

Homelacrosse7 Fun And Easy To Do Youth Lacrosse Drills! 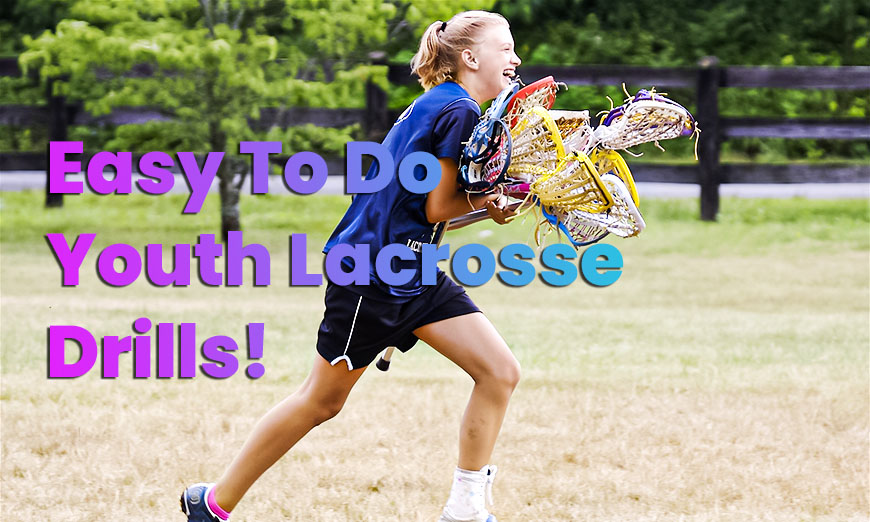 Lacrosse is played by boys and girls hailing from many age groups. Everyone playing the game requires intensive practice. However, the practice methods for the young players should not be the same as that of the adult players. Young players need drills that do not make them overtly tired or drained of all energy.

Listed below are some handy youth-specific lacrosse drills.

Split the team into 2 groups. Now, ask each player to lie on the ground face down. They have to face each other too. Now, roll the lacrosse ball and blow the whistle. The player who grabs the ball wins.

You will need a tennis court to try this drill. You have to follow the well-known tennis rules but the only thing is using the lacrosse stick is necessary. A player has to throw the ball on the court’s opposite side. The other player will then have to bounce the ball and return it to the other side. It has to be done in one bounce only. They have to return the ball in 2 seconds. They have to do it without moving.  Or else the other player will be given one point.

This can be well suited for those kids who have just started playing lacrosse. Every team member has to find a partner for this drill. Each partner has to stand 5 feet from one another. One of the partners should be given a lacrosse ball. Now, blow the whistle and with that, each partner has to pass the ball to his/her teammate. If the ball is caught by the teammate, each should step back. If the ball is dropped, both get eliminated. The team that manages to keep the ball till the end, wins the game.

Think of playing with a Frisbee but without using a lacrosse stick. The kids should be divided into teams comprising of 7 players or so. Each team has to travel down the playground while passing the ball to one another. If a player gets the ball, he/she cannot move. If a team somehow drops the ball, the other team will get it.

This is ideal for the new lacrosse players who have learned how to cradle and carry the ball using their sticks. Create some obstacles in the way to make the drill tougher for the players. The players may jump over buckets and run around cones, for example. This can be done as a relay race as well. The target is finishing it first while retaining the ball.

This drill can make your lacrosse-loving kids go berserk! It’s much like playing H.O.R.S.E. on the basketball hoop. You will need a lacrosse goal. The kids will take turns shooting on the goal or they may do crazy dodge along with jump. However, this drill should not be done when too many kids are around.

Keep two lacrosse goals about 30 yards apart. Flip the goals over. Now, you will have a small triangle to shoot at. The players should be divided into teams of 3. Now, ask them to play lacrosse while using tennis balls. You will not need any goalies, gloves, or helmets to execute this drill. Since Tennis balls are harder to catch it will be apt for the kids. 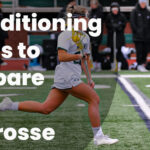 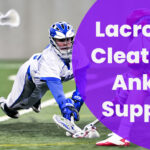