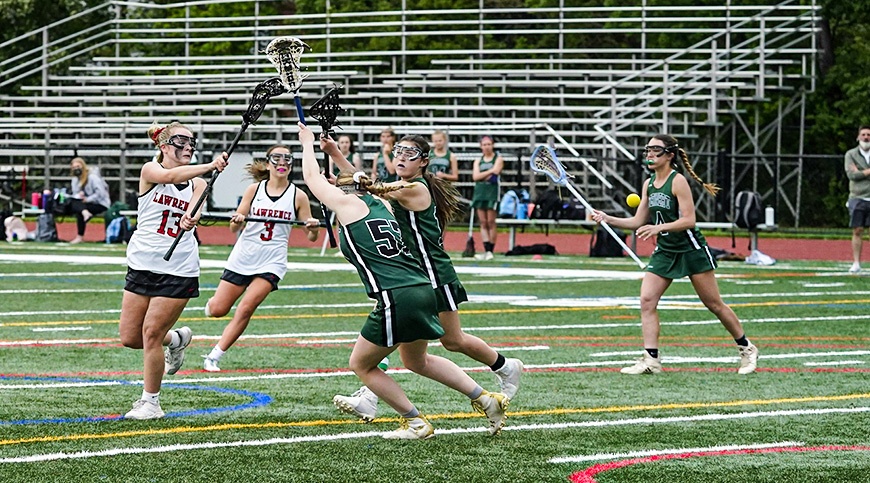 Are you skeptical about teaching your kids lacrosse drills thinking they would find the drills boring! The reality is there are quite a few drills that are actually fun to practice. The kids will love trying out these drills and their skill level in the game will also get enhanced.

Listed here are some fun lacrosse drills you can try out with the kids:

The name is self-explanatory-isn’t it! You have to make the kids stand in a circle first. Now, put a few lacrosse balls in middle. However, the number of balls should be less than the number of kids from the beginning of the drill. As you blow the whistle, the kids will have to jump and grab a groundball. Each time, a kid who fails to get a ball is eliminated. This is carried on until there are two kids and one ball left. Through this fun drill, kids learn how to protect the ball and win ground balls.

You have to pair the kids up to catch and then throw lacrosse balls between two. Every time, make the kids step backward so that gap between them widens.  The team that can evade dropping the egg or ball till the last wins the drill.

You will have to put a garbage can on the field’s side. Now ask the kids to score a hole without any bounces in one.  It helps them learn how to make long clears.

For this fun drill, segregate the kids into teams of 2. Now, split each team and then put each half-line at the field’s opposite points. The teams will have to race against each other as they cradle lacrosse balls. They also have to pass off their lacrosse balls to the right members. Its variation can also be tried where the kids run half distance cradling a lacrosse ball and then revert to the starting point.

In this drill, you will have to line the kids at the midfield line. Then, ask them to reach the end line and the coaches have to knock the balls out. Racing between midfield and end line will go on till the final winner emerges. This helps kids to learn how to cradle and protect the ball too.

Score on the Chicken

This is a really funny drill. Have a coach dress up in a hilarious outfit resembling a chicken or cowboy maybe. Ask the kids to try to score on the coach.

In it, you throw a lacrosse ball high and the kids have to catch it.

Monkey in the Middle

This fun drill teaches the kids ways to snag opponent passes and it helps the defenders more. Make the defender stand between two players. He should try to intercept passes those 2 players make to each other.

You have to segregate the kids into 2 teams. The players have to stand on both sides of the field. Each of them will be given a number. Now, stand in the middle section and drop a ball. Then, shout a number, and the two players given that number will run to grab the ball and try to return the ball to their sides. As a player fetches the ball to his side, a point is given.

Everyone is put in a circle formation and they can’t get out. Each player also has a ball and he is not allowed to drop it. The coaches try knocking the ball off their sticks. The one with a ball remaining in the stick at the end wins the drill.