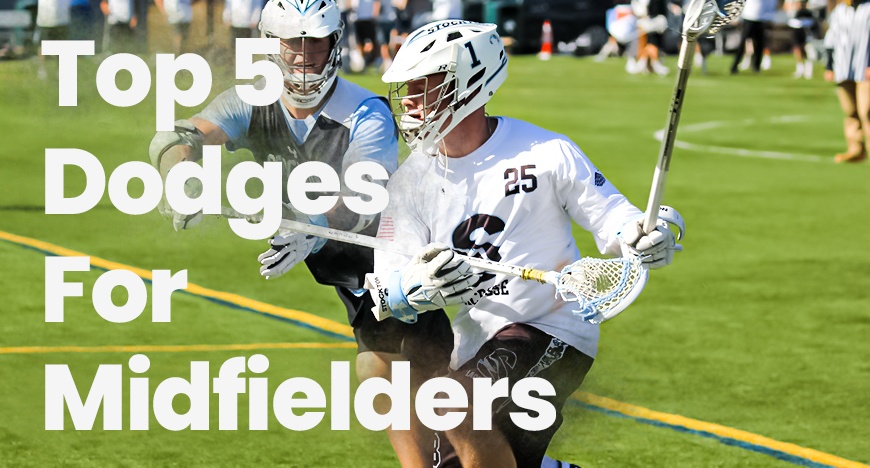 Playing as a midfielder in a game of Lacrosse requires the player to have skills such as endurance and speed. These skills are required because a midfielder plays the role of both offense and defense player and the transition between these two roles occurs rather swiftly. Therefore, besides agility, it is important for midfielders to hone their game using some techniques.

Listed below are the five types of dodges that midfielders can deploy to improve their game.

Wing dodge is another technique that every midfielder must know and practice. The move involves having the defender chase you to the wing side of the goal and pull a dodge to score. A classic example of the wing dodge is known as face dodge. The offense player brings the stick near to his or her face and then swiftly dodges from under the defender. Often used by the Canadian players, the primary advantage of wing dodge is that, at all times, it allows the use of the dominant hand. Most players who are swift but short in height can immensely benefit from wing dodge.

The technique is so popular because of its high scoring ability that it is almost always taught to every midfielder irrespective of his or her built and style of play.

A move made popular by Paul Rabil, one of the best Lacrosse players, it involves bringing your stick over your defender in a motion that is very similar to swimming.  All midfielders usually are advised to practice and execute dodges in as much space around them as possible, and preferably several feet away from the defender. However, this rule is not applicable for the swim move and is most effective when the attacker is in close proximity with the defender. A high-risk reward move, it is advised not to use the move more than 2-3 times in one game. The technique commences with the player trying to induce the defender to poke him or her and then swim over the defender in opposite direction. Care is required to swing the stick in such a way that the ball does not drop out.

Deployed by only a few midfielders successfully, the answer move is an advanced and highly skilled dodge. The move involves the player running down an alley and getting as close to the goal as possible and shoot the ball using the inside hand. Unlike other dodges, the answer move doesn’t require the player to switch between the hands and therefore springs an element of surprise on the defense.  Any player who can execute the answer move correctly is bound to have a better ranking in the team and the game.

Deemer Class executes the answer move with a lot of accuracy and finesse.

Sergio Perkovic, the Notre Dame superstar and pro Lacrosse player, is the first name that strikes to exemplify the use of this dodge. The move is often seen in his game and has given him countless goals. If you need the motivation to lift weights, executing bull dodge is perhaps the best reason for it.

Practicing these five dodges will surely uplift your gameplay prowess. As a midfielder, the player often switches between offense and defense. Therefore, it is important to have as many techniques up the sleeve as possible. 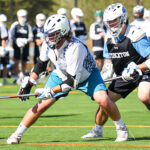 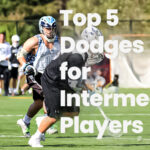