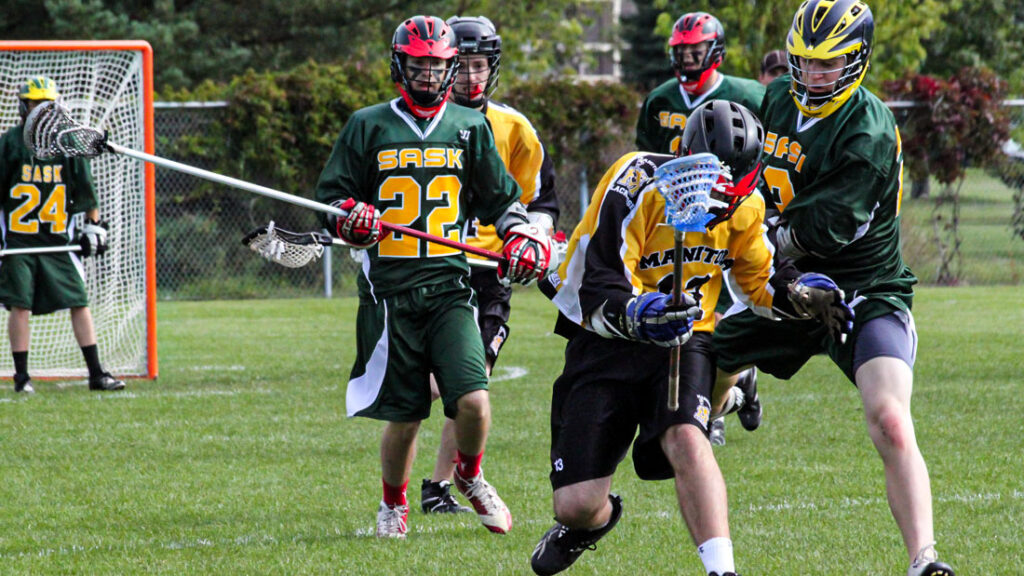 Elements of a Lacrosse Pocket and Sidewall

You must have read dozens of suggestions about shooting strings. While it’s true that you can use many different arrangements to add or remove whip in a pocket, three factors actually determine how a stick will throw.

Basically, shooting strings are for subtle changes and personal preference.

The first true determinant of how a stick will throw is the material and depth of the pocket. A deep soft mesh pocket will throw lower than a shallow hard mesh pocket, every time. No number of shooting strings will change this basic fact. When a stick is properly strung, the material will have a major effect on the stick’s performance.

2. Placement of the Pocket

The second determinant is the placement of the pocket. This is especially true for mega mesh and traditional pockets. If you string the pocket so that the ball lies close to the shooting strings, it will throw lower.

The third (and most often overlooked) aspect of a pocket’s throwing style is the sidewalls. Most often with mesh, players never think of the sidewalls after the stick is strung. This is an enormous oversight, especially when a stick begins to throw poorly (or does so from the start).

There are three main options for sidewalls in mesh, and two in traditional.

For traditional, the sidewalls can be strung on the inside or outside of the head. Equally important is the connection of the pocket lacing to the sidewalls- if too many loops are close to the scoop, the pocket will naturally bag under the shooting strings (see point two).

For mesh, there are three options. We call them “old style” “straight up” and “locked down” for descriptive purposes.

“Old style” uses a string through the mesh, and a second string connecting the plastic to the reinforced mesh. This is basically only seen on goalie sticks today.

“Straight up” sidewalls are when you just send the sidewall string through a loop (or loops, though I recommend never using more than two loops to a section of sidewall) of mesh between holes in the plastic. It’s the simplest method, and allows the mesh to move somewhat.

“Locked down” sidewalls are most important in mega (big holes) mesh. In some sticks, such as the bionic, I believe every loop should be locked down. It’s a matter of hole placement in the head itself, and personal preference. To lock down a loop, go from the previous hole to the next, without going through the mesh.

Pull the sidewall string through from the outside in, and then through the loop of mesh. Then slide the string under the straight sidewall on the outside, and pull tight. This pulls the mesh very tightly, and can be used to have a nice tight top to your stick. Note- most sticks do not have pockets at all when all holes are locked down.

A mixture of “locked down” at the top, and “straight up” at the bottom generally make the best pocket. Be sure to have your stick symmetrical with your sidewall choices, and NEVER skip holes when using the locked down sidewall. This will make your stick suck.

When you can’t get the whip out of your stick, consider these points, especially if you’re using more than three or four shooting strings.