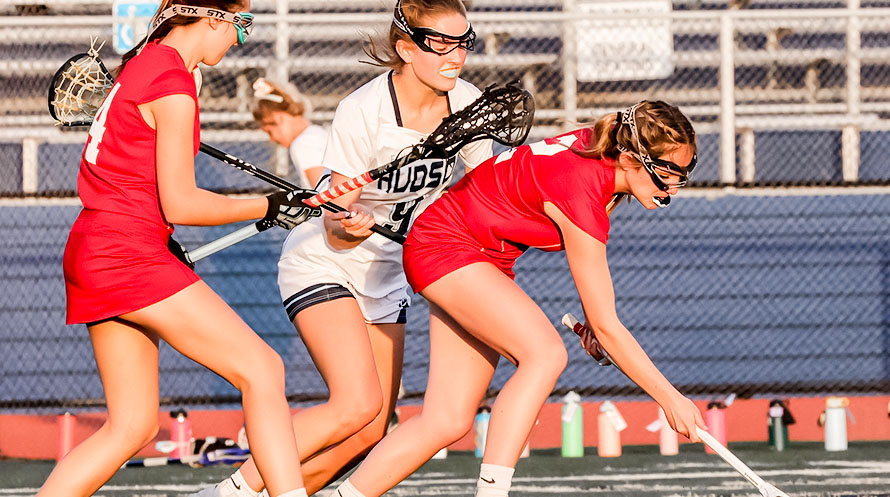 Does Your Team Start Slow in Games?

We’ve all been there. The game is about to start and your team is just not revved up. Maybe some players are still in the locker room getting psyched up, or maybe they’re just lackadaisical on the field. Whatever the case may be, starting slow in games can be frustrating – especially when it feels like your opponents are ready to go from the get-go.

For many teams, slow starts are a recurring issue that manifests itself three or four times a season. For some teams, it happens even more frequently, but for all lacrosse coaches, it can be a real source of frustration. And as puzzling as it is for coaches, perhaps the answers are more obvious than we might expect.

Even the best coaches can be creatures of habit. Even great coaches that are very progressive – who always integrate new drills, learn from the best coaches sharing their ideas, use different drills every practice to keep the kids engaged, and keep the pace of practice electric – struggle with this question.

Perhaps rather than blurt out the solutions being implemented by the best NCAA coaches to improve this frustrating problem with our teams, we should lead the horse to water, so to speak. As you read what follows, many of you will think it does not apply to U13 or U15 or a developing varsity team, but I think it does.

Let me begin by suggesting this does not describe progressive coaches like you and me, but perhaps some coaches we play against. We start with two slow laps around the field while the coaches and players talk about anything besides lacrosse. We then go into the same old line drills, in same old order, for 15 minutes. We then run the same old fast break drill with a middie from midfield, while the attack and defense are already set up in their L formation, making the same old passes in the same sequence, save a skip pass or two. It requires no thinking and very little movement. We throw in a few other drills before … we scrimmage 6v6 for 30 minutes while the other 10 players talk on the sideline.

Let me start by saying this probably applies to most of us. We never do line drills anymore. We start with a full-field passing drill or fast paced shooting drills. We are always studying new drills to work on fundamentals and trying to emulate game scenarios. We work on fundamentals either as a group or by position or skeleton drills, but we do it focused on touches and at a fast pace for the players. And we are actually pretty good at using different drills at each practice to keep it interesting and engaging.

Then, after roughly an hour or so, we go into quick transition drills, often building from 2v1 or 3v2 all the way into 6v5. Or if we have enough players on our rosters, ultimately building to a full-field scrimmage towards the end of practice.

We run the drills 60-70 yards at a time, never have the players begin the transition drill in unrealistic stationary positions, and we generally integrate rides and clears into drills. We run a little 6v6 but mostly 4v4 and transition to keep the ball moving.

The individual content of the practice is always changing, but critically important for this issue, the order and progression stays the same. Why not? It works. But if we look at it, we start the practice at one pace then build to a faster pace, add players and more thinking process to each drill as our carefully planned practice continues.

Coach, why does my team come out slow in the beginning of games?

Many Progressive NCAA Coaches Have Made Changes in Practice Plans

As we continue to interview NCAA coaches on practice plans, we are always seeing things change. One of the most significant ones we heard this season had to do with preparing players to not only come out ready to go in games, but also getting them accustomed to different sequences, in different order in practice, all designed to better prepare them top react in a more positive way to the extremely fluid ebb and flow as well as momentum in lacrosse games.

We would all agree that players tend to play the way they practice. If we practice in the exact same format everyday, beginning slow and building throughout practice to really get moving in the second hour, perhaps we have solved the mystery of why our teams come out slow in some games.

The answer is to keep your practice plans changing and evolving with different drills run at a fast pace. But now we also need to change the sequence. That does a great job of preparing the kids to be game ready. It makes practices different and interesting. And it prepares players to deal with changes on the fly, giving 100% all the time.

This was the first year we tried changing the sequence, but always starting with a fast paced drill. The players loved the changes, and they played so much more aggressively in the first quarter. Now teams often spot us a few goals. It requires a minor change in the way you plan practice but delivers major results.

I would love to hear your comments and feedback.