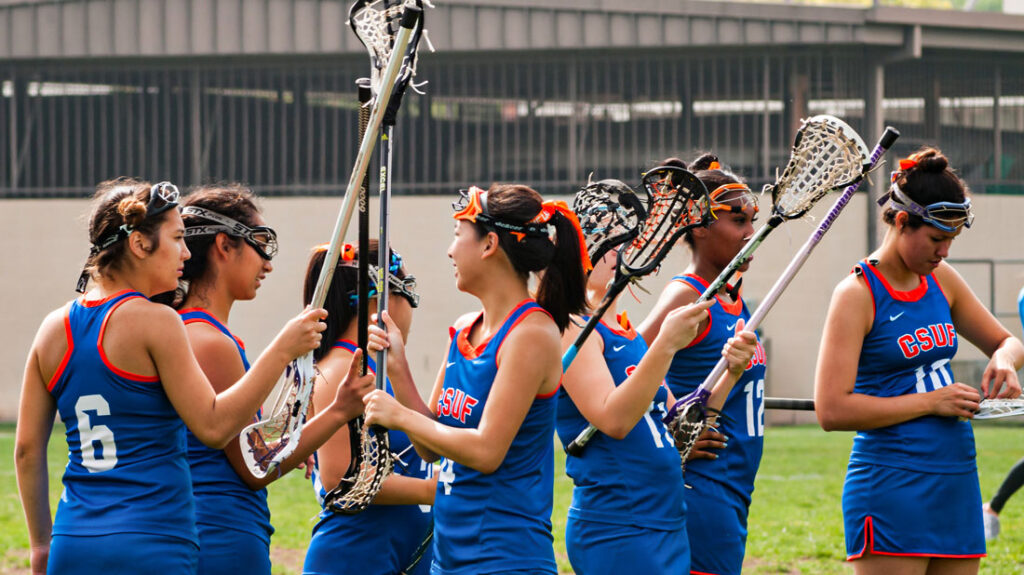 Always remember whatever pocket fits your game is a good pocket for you and only you know what that is. So, don’t get influenced too much by this article. Here we have just tried to cover different Stringing Styles that are on the rage in the industry.

Hard Mesh is king! It’s consistent, weather resistant, delivers crisply and cleanly and with the narrow widths of popular heads and barely legal depths and shooting string configurations of in-style pockets, the material’s natural deficiencies on the control side are diminished. Olympic Den’s Anthony Barberio says that hard mesh is what they will always try to sell to a beginner to give them the best chance to succeed.

The old King, soft mesh, settled comfortably, as it is known to do, into second place and still rules with the “big whip” crowd. Remember that lots of folks use something to harden a soft mesh or soften a hard mesh so these fan groups cross over quite a bit. The 6-diamond mesh is popular and falls only slightly behind its older siblings.

Monster mesh and Mini mesh have seen their best days and are fading. They were new and that was fun. But they made creating symmetry harder when stringing and are generally “shooting string unfriendly”. Kids and teen stringers will still ask for them but less and less each year.

These are the brand name pockets that are produced by the stick makers. Fresh Mesh is a soft but unforgiving (pre worked-in) synthetic manufactured mesh substitute by Brine. The Tracker Pocket by Gait is a more traditional style stringing with channels built into a one-piece unit that is easier to string than a piece of mesh. The Tracker is also sold in a women’s version under the deBeer brand and is extremely popular. STX’s Rail Mesh is like a piece of soft mesh with a distinct channel built in for ball control and accuracy.

The biggest surprise we found while doing our research is that the traditional pocket, the basic four leather and nylon pocket that used to be in the big two, is dead. It’s been sent into retirement by the custom variations that are similar enough to traditional but have something, each of them, that make them more appealing to each buyer or home stringer that nobody picks the trad any more.

Most of the Traditional stringing kits purchased today will end up in a custom rig as opposed to the straight, followed the directions on the packet pocket. People don’t string it, people don’t ask for it any more.

Not On The Charts

These Experimental pockets, with or without beads, some rubberized with elastic parts or crafted entirely from hemp or fishing line, are not included in this study. They would fall into the custom pocket realm if they were practical and legal to use in games.