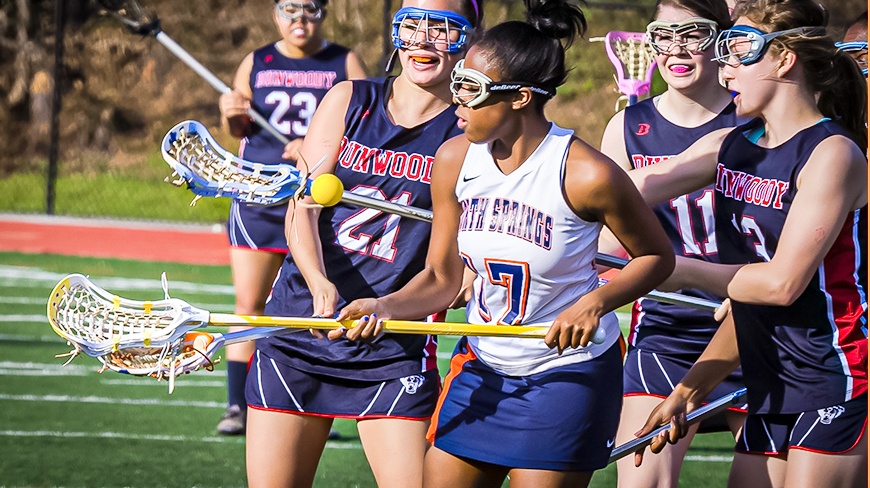 Can You Replace Lacrosse Balls with Tennis Balls?

The lacrosse loyalists may or may not agree over the changes that are seeping in this sport but changing to a tennis ball is a hot topic right now. The prospect of changing regular lacrosse balls and replacing them with tennis balls is there. Innovation is something that brings benefits to any game and lacrosse is no exception.

Contents show
1 Reasons Why Tennis Balls Should Be Used To Play Lacrosse
1.1 Players Safety Can’t Be Overlooked
1.2 It Is Necessary To Think Of The Goalies
1.3 Offenses Will Speed Up
1.4 Better Visibility
1.5 Less Damage To Surroundings
2 Why Using Tennis Balls May Not Be Effective
2.1 Poor Quality
2.2 Hard To Use

Reasons Why Tennis Balls Should Be Used To Play Lacrosse

Using tennis balls in lieu of typical lacrosse balls is an idea that is being pondered by many enthusiasts.

There is simply no denying lacrosse is a game that involves intense physical activity and fast body movements. Measures have already been taken to evade sternum injuries. The safety of the players in the game can never be ignored. By using tennis balls. It will be easier to reduce concussions. It affects the younger and less experienced players more, as it has been observed. They are not much experienced in stick handling and so using a softer ball would bring the risk factor down.

It Is Necessary To Think Of The Goalies

Goalies typically do not say much about being hit with the lacrosse balls. They are more habituated to it than the other players. However, their safety cannot be overlooked as well. No player likes being hit with a hardball. It is a fact that goalies too cope with the menace of concussions. If they get hit in parts like the chest and throat, that can have serious consequences. The instances of lacrosse equipment malfunction are not unheard of, as it is. When a softer ball is used, the impact is reduced and so the injury is less serious. This will encourage more lacrosse players to take the position of the goalie as well.

Offenses Will Speed Up

The lacrosse players are somewhat skeptical about taking high-speed shots because they do not want to hit and injure their teammates. They do not hit the ball as hard as they can, most of the time. Tennis balls travel just as quickly as lacrosse balls but they are softer. The players can take high-speed shots using these balls without fretting about hitting the other players badly.

Compared to the white and yellow balls, the neon yellow lacrosse balls are easier to spot. However, the advantage of using tennis balls is that these balls are fuzzy. It will reduce the hassles of ball hunting after taking a shot.

If you practice lacrosse in a playground adjacent to houses, the risk of damage to adjacent properties is there. The ball may hit a car windshield or break the windowpane of a nearby house. This will not happen if a tennis ball is used. Tennis balls are not hard enough to break objects even after a collision.

Why Using Tennis Balls May Not Be Effective

There are some reasons for which using tennis balls in lacrosse may not be feasible.

Yes, lacrosse balls are hard and that is why they last for a long time. This is not true about tennis balls. These balls are soft and when used in a sport like these, these balls will get work out and torn quickly.

There is no denying catching and handling tennis balls can be hard-using lacrosse sticks. This will affect the fun in gameplay.

Lacrosse as a game is still growing and making a big change in gameplay may not be a prudent move right now. Changing the ball may be done at a time when the popularity and support grow a lot more.