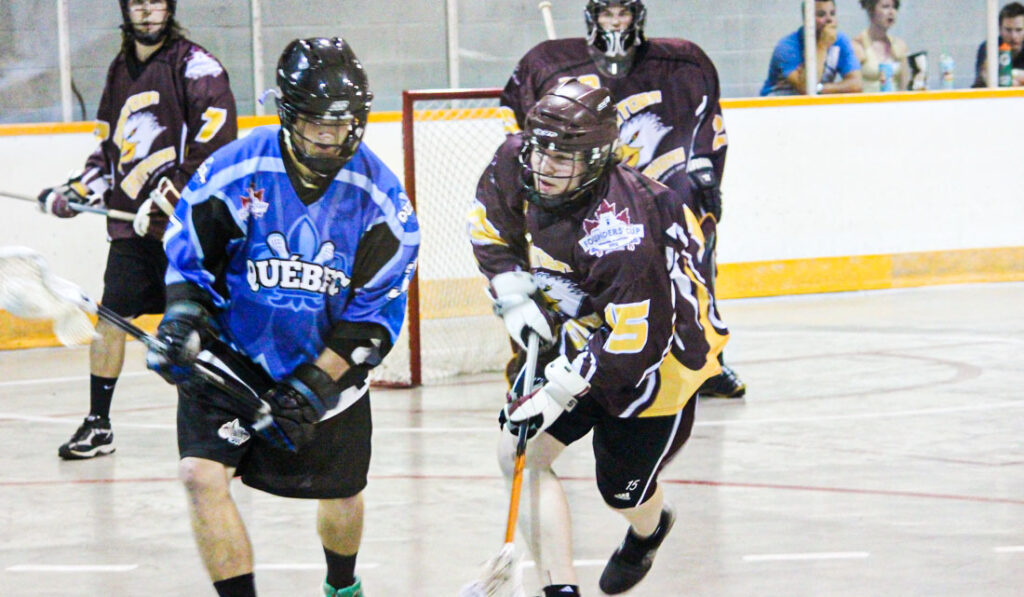 Box Lacrosse: What the Fuss Is All About It

Box lacrosse has been making a HUGE surge within the lacrosse community in recent years. These influences have come from multiple outlets which include social media and Canadian players competing at the highest level in college lacrosse and absolutely dominating.

In the past few years, Box Lacrosse has managed to increase its fan-followers many-folds thanks to its rising popularity among the masses. Social Media these days are buzzing with the possibility of Box Lacrosse going mainstream. Of course, there is no denying of the fact that Box Lacrosse is still not in a position to challenge the domination of traditional Lacrosse but it is steadily gaining new grounds. Bow Lacrosse is now being played in college circles in both the US and Canada. Being around the club and younger circuit where every program and player is finding new ways to improve their skills to gain an advantage and their lies the truest and controversial phrase “The Hybrid Player”.

For those of you who don’t know, a Hybrid Player in the lacrosse community plays both box and field lacrosse and uses the skills they learn to excel mainly in field game using their box skill. Some perfect examples would be Gary and Paul Gait, John Grant Jr, Tre LeClair and many others.

Reason 1: Finishing around the cage

Let’s be honest, as an offensive player, you score goals your team is successful and you’re successful. Attack and middies are constantly cutting and finishing on in front of the net. There have been constant highlights on YouTube of goalies stuffing the opposing team. When you play one full summer of box lacrosse that 6 x 6 cage looks like an ocean and you become almost unstoppable around the cage.

Reason 1 and 2 go hand in hand, when you play box lacrosse and you set a pick and you roll off and in a split second after your eyes are up you receive the ball, you will learn very quickly how to catch in tight spaces with defenders dropped all over you. After you catch the ball sometimes it is a split second decision on whether or not you’re going to score or get drilled.

You learn to absorb a lot of checks while playing lacrosse. Having your head down will lead into you turning the ball over or missing an opportunity to have your teammate score. When absorbing a crosscheck on your bicep you learn over time to have your head up scanning the field looking for someone cutting to the net or lurking on the backside.

Reason 4: Looking for the extra man

On the defensive end, talking through picks and slides lead to a great defense and on the offensive end that’s a majority of the offense is picks so you learn quickly to communicate to your teammates.

On the offensive end, no one knows you’re open if you don’t OPEN YOUR MOUTH. It is such a fundamental aspect of lacrosse that is lost because of “swagger” we lose a HUGE aspect of the game.

All successful teams communicate with each other both on and off the field.