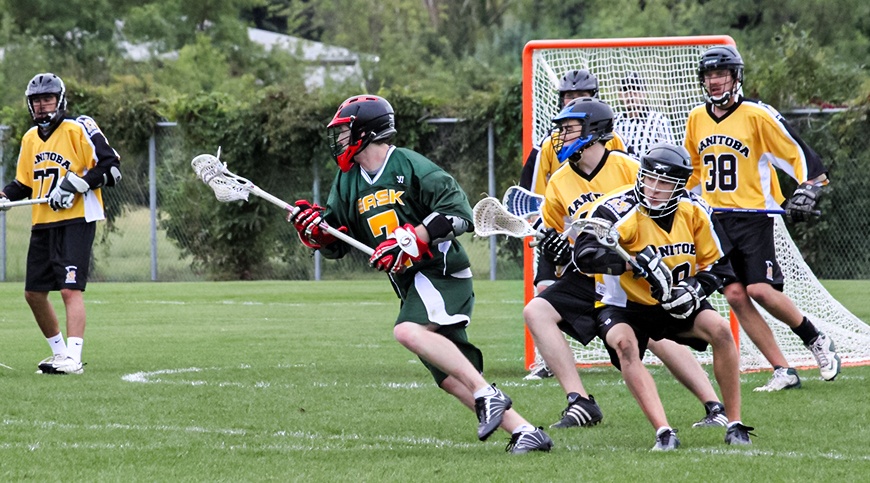 Best 9 Lacrosse Players of All Time

Lacrosse is a game that needs high endurance and excellent team skills. An interesting cross between soccer and hockey, Lacrosse demands the players to be mentally alert and physically strong. Field Lacrosse, the popular version, involves players to have all the protective gear in place and be able to catch, pass, and shoot goals using a stick.  The sport requires strong coordination because a wrong move can leave the player in a lifetime of debilitating pain. Different forms of Lacrosse have different rules. For instance, women’s Lacrosse tournaments are generally played indoors and body contact is strictly prohibited but men’s Lacrosse is played outdoors. An alternative version called Intercrosse is played with plastic sticks and a ball that is bigger, and softer than the standard Lacrosse ball.

In order to be a successful and renowned Lacrosse player, both team play and maneuvering skills are required. No player can become successful in Lacrosse by being aloof and independent. The very nature of the sport demands each player to have excellent interpersonal skills with each and every team member. Some of the famous Lacrosse players are:-

Best 9 Lacrosse Players of All Time

Undeniably the shining star of Lacrosse, Jimmy played for the US Navy Lacrosse Team. Such was the intensity of his performance in the game that he was nominated to Lacrosse National Hall of Fame in 1981. He earned the first team All American Lacrosse honors while in university and led the Navy to win three straight national championships.

Such was his command on the game that he and his brother John went ahead to redesign the Lacrosse stick. They reduced the length of the sticks such that it could be better balanced.

One of the dynamic players of Lacrosse, Michael Powell (Mike Powell) went on to have a worldwide fan base. He is the only player to win the Jack Turnbull Award as the top attackman four consecutive times. Quite a showman, he brought the fun element into the game. Although he didn’t really play Lacrosse professionally, his signature moves are still taught to the upcoming Lacrosse players. Interestingly, he surprised the sports community when he preferred to make his career as a professional musician.

One of the best athletes of his time, Jim played multiple sports including Lacrosse. A true legend in the early days of Lacrosse, his moves in sport at the high school level cemented his place in the history of Lacrosse.

A multisport athlete like Jim Thorpe, Jim Brown excelled in Lacrosse. He was named the first-team All American when he scored 43 points in 10 games (to rank second nationally). It is said that although he was a multisport athlete, Lacrosse was closest to his heart.

Gary became the face of Lacrosse in the 1980s. His unique contribution to the sport being that he morphed it to look fan-friendly. If anyone ever followed the games, an autograph from Gary Gait was a sought after prize. He went to become the coach for Women’s Lacrosse

Although overshadowed by twin brother Gary, Paul’s unique contribution was his uncanny sense of foreseeing the events and turns of the game. His acumen allowed him to infer the opponent’s moves prior to the event and gave him an added advantage. The twin brothers were also named to NCAA All Century Team.

A quick glance at Jason Coffman may not evoke the thought of him being an All American player, but he holds the distinction for all four years in college. He had amassed 451 points and 202 assists to become one of the best college lacrosse players. The record set by him isn’t breaking anytime soon.

The best goalkeeper of the sport, Lyons was playing the sport even before the big names on the list were born. Even at the age of 80, he was accepting challenges from and was able to prevent the scores of all national skill level players from rising. He went onto become the spokesman and a dedicated activist for the rights of Native Americans.

As one of the most demanding sports in the world, Lacrosse has helped players to stay grounded and have an acute focus on team play. Lacrosse has also contributed to providing athletes for various other sports such as hockey, soccer, etc. as many of the Lacrosse players have been multisport athletes.