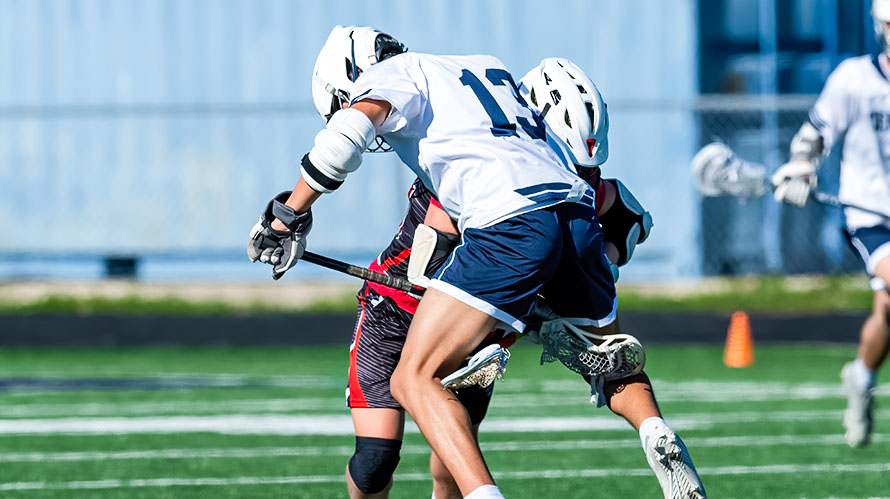 In lacrosse, mastering the art of stickhandling is something few players can manage. There are different types of shots that make the viewers stunned. These include long bounce shots made over-the-shoulder, pass cutting through a number of players, a backhand shot ending up at the corner of the net etc. You can’t help thinking how some players could visualize such shots and pulled them off too. However, for a player with skill in stick handling, making such shots is not that hard. These players somehow keep the balls glued to their sticks at all times.

Since in lacrosse players do not touch the ball unlike the basketball players, this skill is called stick handling and not ball handling. So, how does one can become a skilled stick handler. The answer is simple, you have to practice hard. There is no better alternative to consistent practice in this regard. You can practice in front of a wall or think of an imaginary opponent. You have to keep practicing until the stick and ball become something like a body organ!

The main thing is you have to get a firm grip on the stick on the field. The grip should be consistent at all times, including when you are standing, running with the ball or chasing a player with the ball. The stick should be held snugly but also a bit loosely. This is necessary to ensure the wrists can move freely.

You are free to place the thumbs where you feel comfortable. You will see there are players who keep the fingers wrapped around the shaft. The same thing can be said about where you would keep the top-arm hand. It should be slightly above or below the handle’s midpoint. Right and left handed players should consider their right and left arms as the top-arm hand. Your bottom hand is positioned at the stick’s butt end. It is commonplace to see some players using tape at the handle end to ensure their hands don’t easily slip off the handle. This helps in getting a better grip.

The key thing is your grip on the lacrosse stick should not alter much during the game. It does not matter if you are passing the ball or trying to catch it. When shooting the ball, players tend to slide the top-arm hand towards the bottom of the stick to make the shot powerful.

Cradling denotes carrying the ball in the stick pocket as you move across the field. This is without catching, shooting or passing the ball. In fact, you will not have to look at the ball while moving. You will feel the ball weight without even having to look at it. By cradling, you may check the net, check out position and movements of the fellow players and focus on outshining the opponents. At all times, you are sure of carrying the ball in your net stick.

While cradling, you make use of both wrists and arms to make rotational movements. A player in cradling motion puts the dominant hand at the stick’s top section and the other hand remains at the bottom section. The dominant arm and wrist will move towards the dominant side shoulder. The other hand is used just for guiding.

In women’s lacrosse, cradling is pivotal to ball handling. Without a pocket used for stabilizing the ball, players have to use centrifugal force. They use centrifugal force but sweeping cradle movement for ball anchoring using the stick. Beginners are taught cradling as something like an ear-to-ear motion. The stick shaft is held vertically to one ear and it is then moved to the nose. Then it is moved to the other ear. This is meant for skill development at the early stage.

In field lacrosse, players get more space to run around compared to box lacrosse. So, you will need to be more versatile at making use of both your hands for cradling. However, it is also common to see veteran players using mostly one arm for cradling. The other arm is meant for protecting the main arm with the stick.

Keep in mind that you are not allowed to use the free arm to hold, push the opponent team players. If you do so, a warding penalty can be imposed on you.