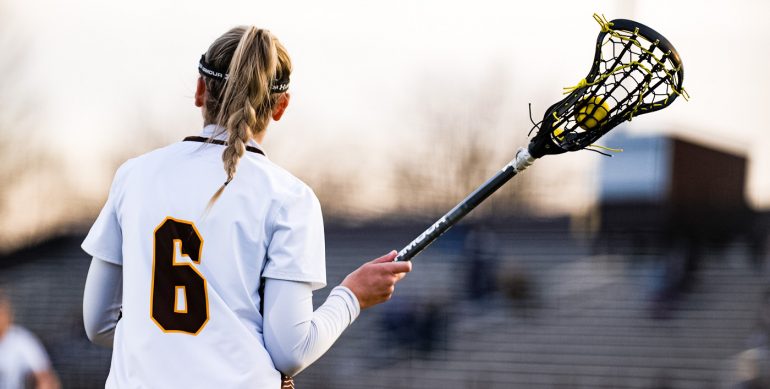 For young players, learning the sport of lacrosse can be intimidating, but it doesn’t need to be. By regularly practicing youth lacrosse drills, kids can develop and reinforce a new set of skills that will help them succeed next season.

With all youth lacrosse drills, it’s best for young players to start slow. After a few backyard lacrosse drills, try incorporating more advanced exercises and add opposing players who can increase the level of difficulty. Once young players have mastered these basics of lacrosse, they’ll be in a better position for a successful next season.

The ability to catch and throw the ball is an essential skill in the sport of lacrosse. The simplest way to practice this skill is by having a lacrosse catch with a parent or friend. Once they get the hang of catching and throwing, young players can begin to experiment. They can try catching and throwing with both their strong and weak hands. Or, young players can try throwing the ball from a variety of distances.

Wall ball is a quick and simple drill that can be practiced alone. This important drill only requires a ball, a lacrosse stick and a wall. It’s suggested that young players throw and catch a lacrosse ball off a wall on a regular basis. This drill will help improve technique and reflexes.

A simple stickhandling drill for younger players is to practice changing hands every time a parent or friend blows a whistle. This drill can be further enhanced by adding a defensive player to the mix. Young players can then adapt to stickhandling while being checked just like in a game situation.

Young players who wish to scoop as many balls as Greg “Beast” Gurenlian can practice ground ball drills either by themselves or in groups. Whether with one player or more, ground ball drills should include scooping on the run to mimic a live game situation. Another ground ball drill variation is to kick a ground ball, and then run after it and scoop it.

In these simple youth lacrosse drills, remember that young players should focus on bending their knees while running through the ball.

For a more game-like experience, add another player who competes for the ground ball.

Once young players learn to handle the ball, they need to adapt to handling the ball in the midst of defenders. By learning a few simple dodges, young players can stay a step ahead of the competition.

Young players can practice basic lacrosse moves like the split dodge, the face dodge and the roll dodge by setting up cones around a field. After running at full-speed towards a cone, perform one of these dodges. Then after running to the next cone, try another dodge.

After some practice, try adding an opposing player who gives light poke checks during the drill.

Shooting practice can be the most fun of all youth lacrosse drills. It’s easy for young players to pretend to be a lacrosse star like Paul Rabil while practicing on their own at a local field.

By themselves, young players can start by working on bounce shots while standing still. Then, graduate to shooting on the move. They can add cones to the drill to work on shot placement. As young players become more advanced, they can work on shooting out of different dodges like a split dodge.

Young players can also learn to shoot off the pass if a parent or friend is available to feed balls from behind the cage. But don’t just stay stationary. Try cutting toward the cage to meet the pass, then shooting on the run.

In developing lacrosse skills, repetition is a key to success. For example, young players who regularly visit the wall to practice catching and throwing rapidly improve stick skills.