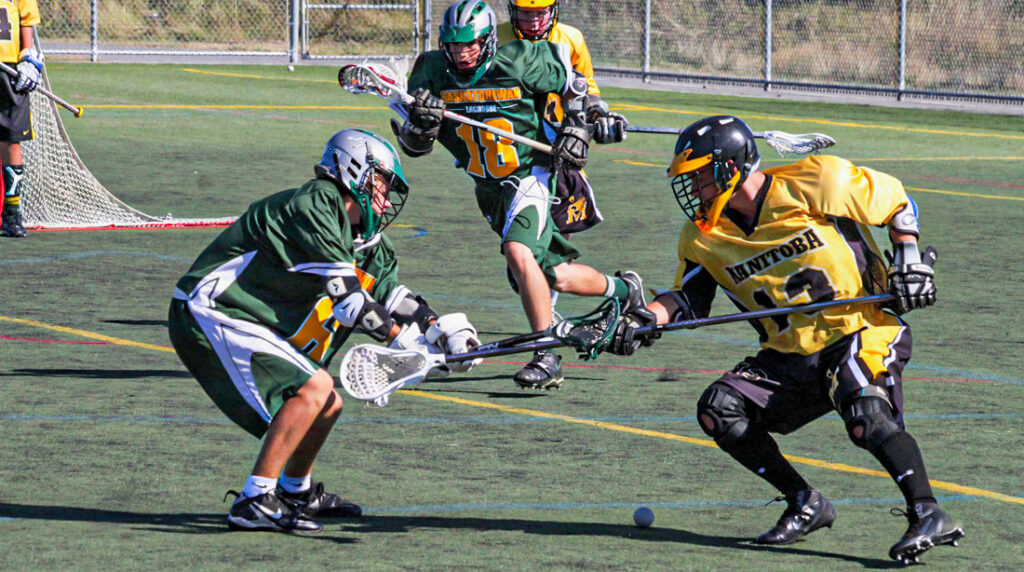 6 Lacrosse Catchphrases You Can Use Forever

As athletes get older, they naturally get bigger, stronger and faster. But that doesn’t mean they stop making some of the mistakes they made when they were younger. Here are some Lacrosse Catchphrases that you need to keep repeating to yourself time and again as long as you are into this game.

You’ve spent $200 on your stick, so use it. If you’re a defender closing in on an offensive player, get your stick on his hands. You can disrupt his ability to pass or shoot, and you’ve given yourself extra space to react to his movement.

Too often, defenders close in too quickly and the offensive player can run right past you. With a longpole, you’ve given yourself an extra six feet to react to his dodge and maintain good position.

2. Air Out Your Armpits

When you’re playing off-ball defense, think of yourself as a cowboy with pistols in both hands. You’ve got two threats, the man with the ball and the player you’re responsible for guarding. You should be in a position where you could draw pistols in both hands and have both of those threats in your firing line.

Here’s another reminder for playing off-ball defense. Your head should be constantly on a swivel, going back and forth between the player with the ball and the man you’re guarding. If you lock onto one or the other, even just for a few seconds, you’ll quickly find yourself out of position. Swiveling your head every second will position you for success.

Everyone talks about how hard they shoot, but how hard do you pass? You don’t want to throw it so hard that your teammate can’t handle it, but think about snapping the pass crisply. The quicker the ball moves, the harder the defense has to work. If you lob a pass to a teammate, the defense can adjust before the ball even reaches his stick.

When goalies move pipe-to-pipe on skip passes, they tend to drop their hands, and will even go as far as banging the pipe to position themselves. Learn to have visual cues for positioning, not the pipe. Keep your stick in ready position as you come across. It makes it easier to set up and get to all time-and-room shots. A split second with your stick moving in the wrong direction can be the difference in making a save or not.