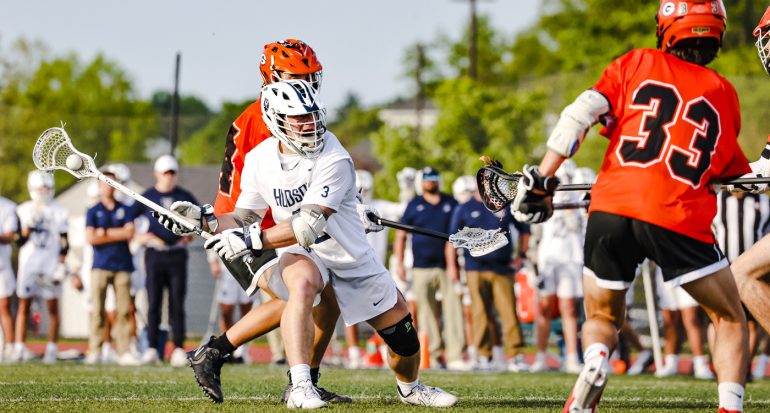 Professional lacrosse players implement a series of lacrosse dodges to outmaneuver defenders. In games at every level, players incorporate variations of these dodges to protect and advance the ball. Properly executed dodges give offensive players a competitive advantage. Just like a killer cross-over in basketball, a lacrosse dodge can embarrass defenders and wow fans.

But first players, should understand the basics of lacrosse dodges. Learning the fundamentals, including footwork and stick work, will enable players to increase their scoring opportunities next season.

Classic Lacrosse Dodges That Never Go Out of Style

From pewee to Major Leauge Lacrosse, dodges play a vital part of every offense. Skilled dodging helps maintain ball control, which is essential to lacrosse success. By practicing the tricks of the lacrosse dodging trade, players will earn respect from opposing defenders.

The face dodge is effective, because it can leave a defender off-balance and several steps behind.

The split dodge is also a north-south dodge towards the cage. The difference from the face dodge is that the offensive player switches hands. Simultaneously, the change of direction leaves defenders off-balance. A quick stutter step often sets up these lacrosse dodges.

The split dodge, similar to a basketball crossover, works best by cutting the opposite way a defender is facing.

Offensive players should “sell” the roll dodge to coax a defender to commit their forward motion to one direction.

A popular offensive move for bigger, stronger lacrosse players is the bull dodge. Players should hold their stick in one hand while forming an L with the other arm. Their free arm protects the ball by warding off defenders. Instead of trying a fancy move, an offensive player forces their way past weaker opponents.

In the bull dodge, players should make sure not to push off with their free arm, because this is a penalty that is called warding off.

A question mark dodge is an advanced dodge which Rob Pannell has been known to use to beat defenders. It is a variation of a roll dodge used for scoring from behind the cage.

The dodge, one of lacrosse’s most elementary moves, continues to be as effective as ever. Before creating their own variations, professional players master the art of the dodge, because in lacrosse, expertly executed dodges foil long-stick defenders all day long.