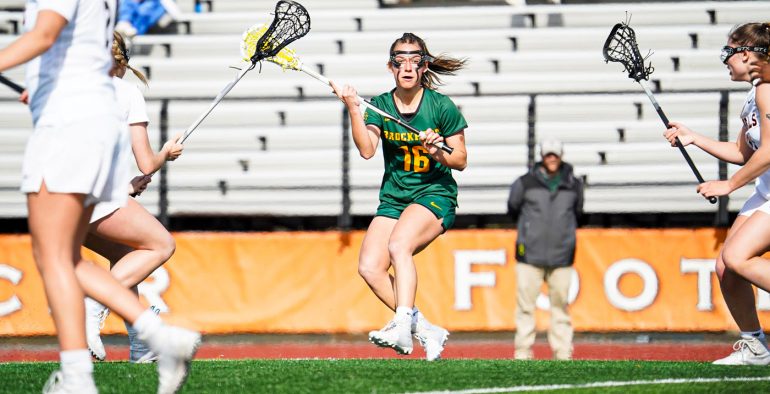 Fundamental skills like shooting, scooping and catching are the foundation of great lacrosse players. Although it is tempting to pay for expensive equipment or hire lacrosse trainers, there are still many proven lacrosse drills that youth players can use to achieve great results.

You will need at least 10 players, several cones, and a bucket with balls.

One player from each line will run towards the cone and cradle the ball at the whistle. Each player then runs around the cone, back to the line and places the ball in front of their opponent. Continue the drill until all players have had a chance to run around and around the cone. The winner is the first group that has all of its players complete a loop.

The Hungry Hippos is a great way to improve your players’ scooping skills.

The whistle is blown and the players race to grab the ground balls. They then return the ball to their bucket, place it in the bucket and then cradle it back into the bucket. The team with more balls wins.

The Triangle drill is one of the most simple lacrosse drills youth can do. For this passing and catching drill, you only need three people and a lacrosseball.

The ball is passed back and forth between the three players, who stand at least 10 yards apart. The ball can be moved clockwise or counterclockwise, and it can even change direction quickly. After warming up, players can move on to their weaker hand.

While youth lacrosse players may practice shooting independently at any time, team practice allows them to practice in game-like situations.

Players can learn to cut quickly and catch on the run with simple drills.

The goal line should be between 15 and 20 yards away from either the left or right side of the player. The goal should be cut diagonally by the player. As the player cuts, a coach is either nearby or behind them. The player then takes a catch and shoots on the run.

The Monkey in the Middle drill for lacrosse is a great defensive tool that allows players to improve their takeaway skills. The drill is very similar to the childhood game, except that the “monkey”, who is a long-pole defender, plays the role of a defender. The ball is passed back and forth by the other short stick players, while the defender attempts to steal it. The drill allows the defender to practice their poke, lift and slap checks.

These are our five favorite youth lacrosse drills. Are there any other drills you use with your youth team that we haven’t included?